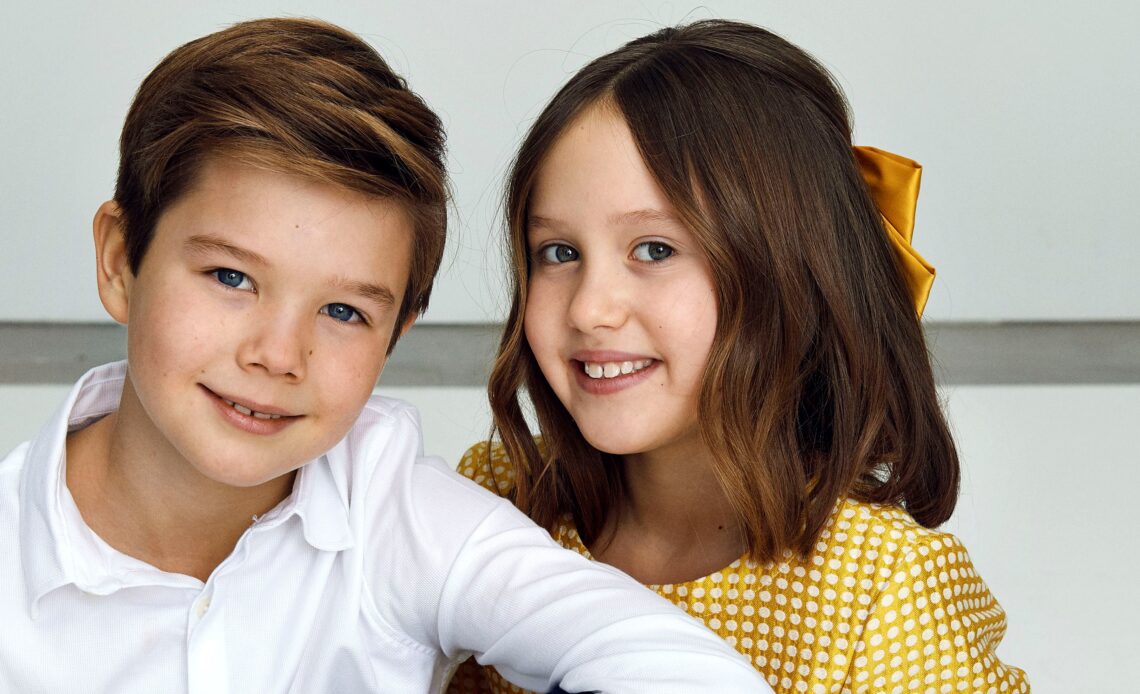 Prince Vincent’s monogram consists of the Prince’s first initial ‘V’ with a fixed classic left wing combined with a doubled lined right wing. King Christian II’s crown has been placed above the initial. Princess Josephine’s monogram consists of the Princess’s first initial ‘J’ and it is drawn as a calligraphic. She also has King Christian II’s crown placed above the initial.

Prince Vincent Frederik Minik Alexander is fourth in line to the Danish throne while Princess Josephine Sophia Ivalo Mathilda is fifth. Vincent was born 26 minutes before his sister in Copenhagen’s Rigshospitalet on 8 January 2011. They are the children of Crown Prince Frederik and Crown Princess Mary of Denmark. They have two elder siblings, Prince Christian (born 5 October 2005) and Princess Isabella (born 21 April 2007). As per Danish royal tradition, the twins’ names were not revealed until their christening on 14 April 2011.