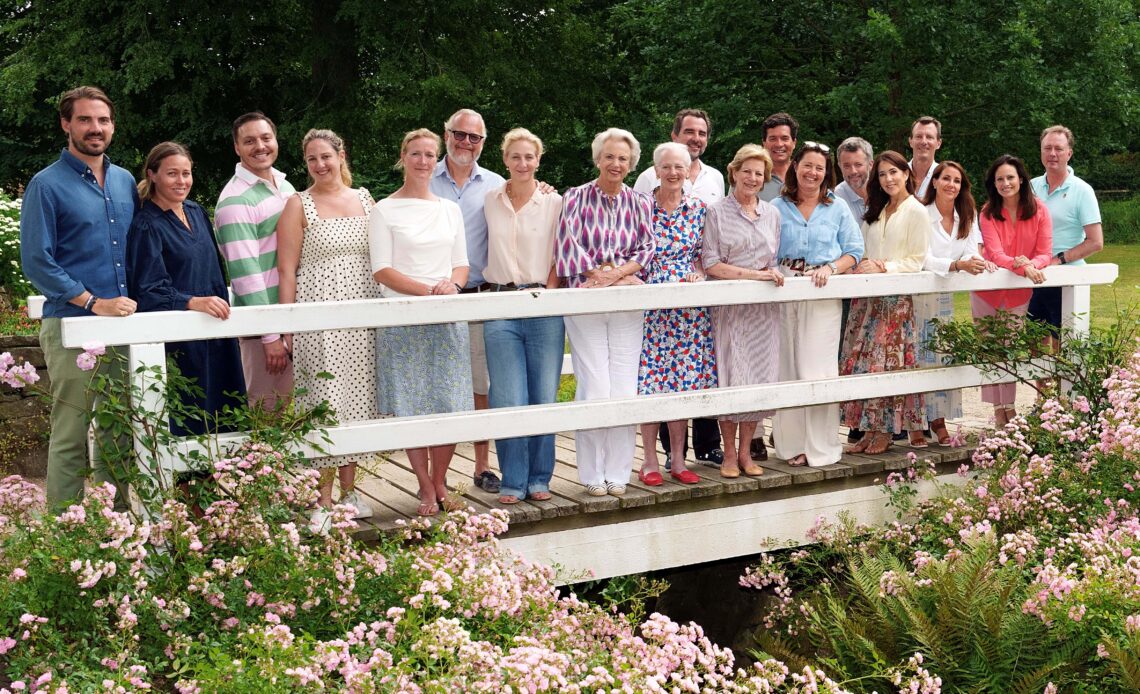 The Danish Royal Family has been enjoying a summer holiday in Southern Jutland and sharing memories on social media, including home videos from the late Queen Ingrid’s collection.

The wider family are currently staying at Graasten Palace, a Southern Jutland retreat for the Royal Family. The videos are compiled into a clip set to an ABBA tune, ‘Slipping Through My Fingers’ and feature Queen Ingrid with her children and grandchildren and a young Queen Margrethe playing with her own children in the gardens. A younger Princess Benedikte can be seen taking pictures with her camera and then pushing her children on swings.

The Danish Royal House captioned the video: “Summer memories from Graasten Palace where Queen Ingrid had a tradition of gathering children and grandchildren at the castle in Southern Jutland during the holidays ⛅️

“These days, Queen Ingrid’s daughters and grandchildren and their spouses are gathered again at Graasten Palace and on this occasion, a number of historical video clips from Queen Ingrid’s private film collection are shown here.”

The Danish Royal Family wrote on social media that Queen Ingrid “left a big mark” on Graasten Palace in her lifetime. In 1935, she and her husband took over the residence there and turned it into the family’s summer residence.

Queen Margrethe and her sisters, Queen Anne-Marie and Princess Benedikte, have been holidaying at Graasten Palace with their children and earlier this week released photographs with most of their children in so-called ‘cousins’ photos.’

Crown Prince Pavlos of Greece, nephew of Queen Margrethe, was unable to attend in person but liked the media on Instagram.