Who is King Maha Vajiralongkorn of Thailand? 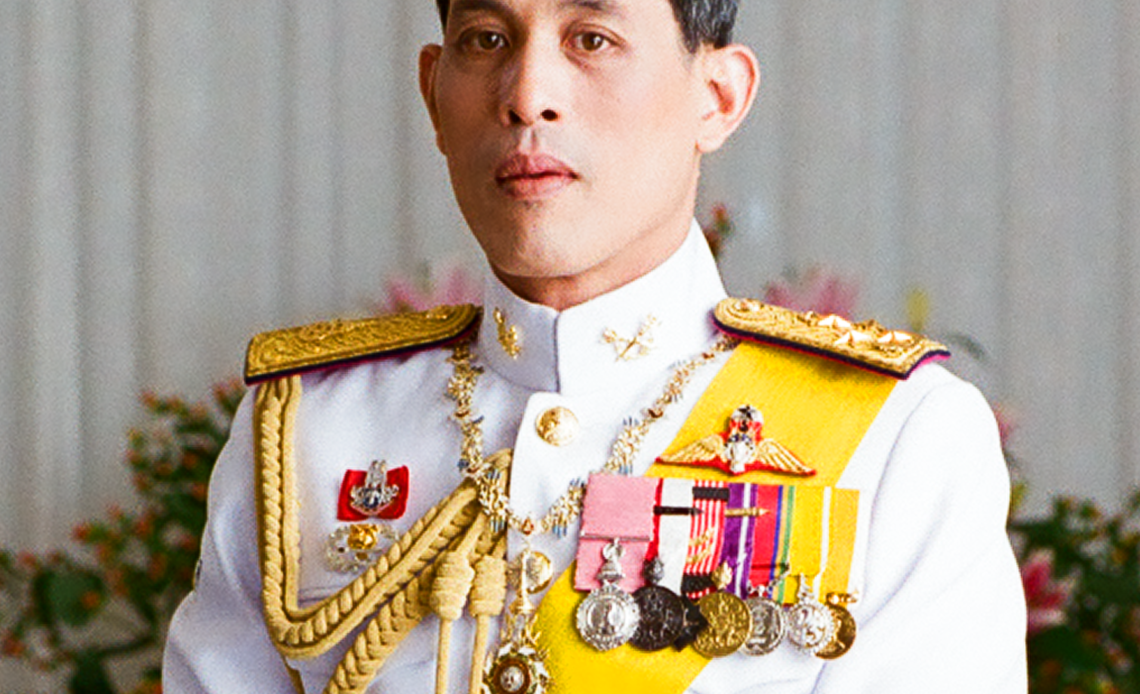 Maha Vajiralongkorn Bodindradebayavarangkun was born to King Bhumibol Adulyadej (or King Rama IX) and Queen Sirikit on 28 July 1952 at 17.45 in Amphorn Sathan Residential Hall in Bangkok, Thailand. He has one older sister, Princess Ubol Ratana (b. 1951) and two younger sisters, Princesses Sirindhorn (b. 1955) and Chulabhorn (b. 1957).

He began kindergarten in 1956 at Chitralada School, and after completing grade 7, he moved to the United Kingdom to attend different independent and prep schools. He graduated from secondary school in July 1970 and then enrolled in a military five-week training course in Sydney, Australia’s The King’s School. Two years later he was enrolled at the Royal Military College, Duntroon in Canberra. In that same year, he was proclaimed Crown Prince on 28 December.

He graduated from The King’s School in 1976 with a liberal arts degree and as a lieutenant. By 1982, he had a second bachelor’s degree in law from Thailand’s Sukhothai Thammathirat Open University.

On 3 January 1977, he married his first cousin Princess Soamsawali Kitiyakara. Their only child Princess Bajrakitiyabha was born in 1978. Their divorce was finalised in 1993 and in the meantime, the future King had fathered five children with Yuvadhida Polpraserth – they finally married in February 1994. However, just two years later their marriage turned sour, and they were divorced. Yuvadhida now lives in the United States with her sons. Their only daughter Sirivannavari Nariratana was named a Princess and remained in Thailand.

On 10 February 2001, he remarried to Srirasmi Suwadee, and their only child Prince Dipangkorn Rasmijoti was born in 2005. This marriage too ended in divorce in 2014, and Srirasmi Suwadee relinquished her royal titles.

King Maha Vajiralongkorn established “Crown Prince Hospitals” while Crown Prince to provide medical care to those in remote areas. He also has been an advocate for education and donates a significant sum each year for scholarships to benefit Rajabhat University students. He also has a keen interest in agriculture and sport. The King is renowned for his participation in cycling events around the globe.

King Rama X came to the throne after the death of his father, King Bhumibol Adulyadej’s death on 13 October 2016. His father, also called King Rama IX, was beloved in Thailand, and his death led to widespread mourning across the country.

Thailand’s current monarch did not officially ascend the throne until his proclamation as King on the night of 1 December 2016 (the 50th day after his father’s death) at his request. The new monarch wanted time to grief before taking on the role. As such, former Prime Minister of Thailand, Prem Tinsulanonda took on the position of regent until Maha Vajiralongkorn was ready to take the throne. The Thai government later retroactively declared King Rama X’s ascension to the throne as 13 October 2016.

The King later named Sineenat Wongvajirapakdi as his Royal Noble Consort – the first concubine in almost a century – on 28 July 2019. She had a dramatic fall from grace in October of that year, but her titles and honours were restored as if nothing had happened in August 2020.

The King resides with his harem, including his Royal Noble Consort, in a hotel in Germany while the Queen resides in Switzerland. Mass protests have broken out in 2020 throughout Thailand against his reign with people demanding a new prime minister, new constitution and a reform of the monarchy; this has infuriated the King who has ordered crackdowns on the protestors.

Thailand has strict lèse majesté laws which forbids the insult, defamation or threatening of the King or Royal Family. It can carry up to a 15-year prison sentence.