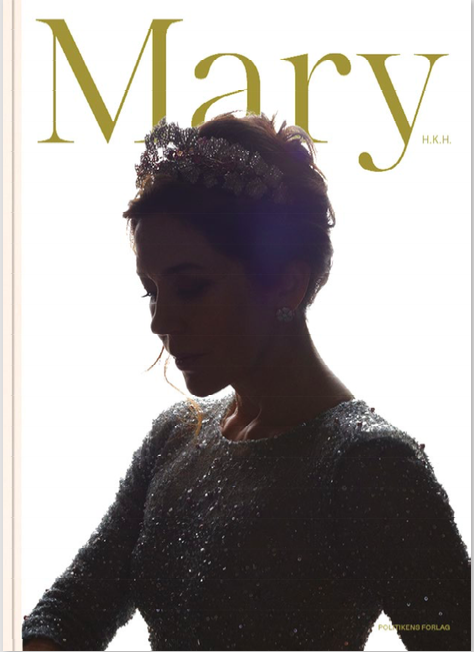 Photo by Franne Voigt from the book H.K.H. Mary

One of the book’s highlights is the exclusive behind the scenes photos from her wedding day in 2004, where the Crown Princess is preparing to start a new chapter as the spouse of the Crown Prince of Denmark. Just before the big day, Mary got really good advice, which she tells about in the book.

Her Royal Highness says in the book: “One piece of advice I got before my wedding, which I think most people get, was to enjoy it, take it all in and just be present. This was easier said than done. The day was very overwhelming. Adventurous, landmark and overwhelming. I had to say ‘yes’ both to the love of my life and to my new country. In addition, not only in front of our families and friends but also in front of the whole of Denmark”.

The wedding between Crown Prince Frederik and Mary Donaldson took place on 14 May 2004 in Copenhagen Cathedral followed by the wedding party at Fredensborg Palace. Mary wore a dress created by the Danish fashion designer Uffe Frank with a veil first used by Crown Princess Margareta of Sweden, and then by her daughter Queen Ingrid of Denmark.

It is the famous Danish photographer Franne Voigt, who is the main force behind the book, which contains many of his portraits, new and old. Several portraits provided by the Danish press photographers Hanne Juul, Martin Høien and Jesper Sunesen also adorn the new book about Crown Princess Mary of Denmark.