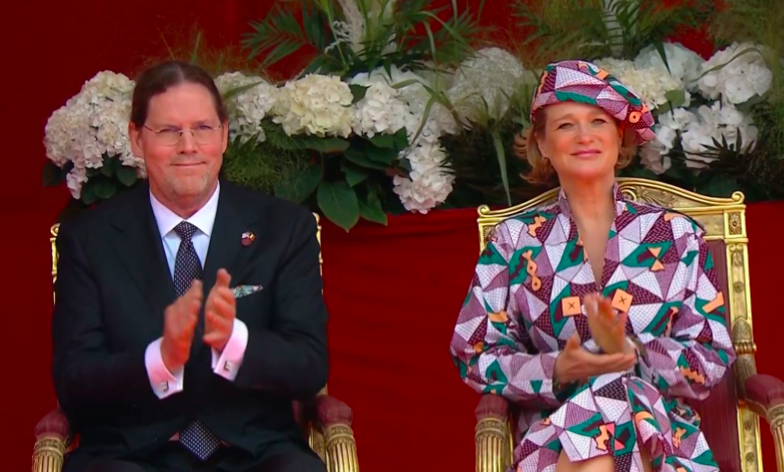 Jacques Boël, the man who Princess Delphine grew up with, and for many years assumed to be her biological father, has died at the age of 92. Mr Boël was legally recognised as Delphine’s father until King Albert conceded his paternity of her in 2020.

Princess Delphine grew up believing that Jacques Boël was her father, even though her mother, Baroness Sybille de Selys Longchamps, had already left him when Delphine was born. According to Vorsten magazine, Princess Delphine had a complicated relationship Boël, among other things, she disliked that her mother forced her to celebrate Christmas with him.

It was not until the age of 17 that Princess Delphine was told that King Albert, whom she considered to be a close friend of her mother, was in fact her biological father. After a lengthy trial spanning many years, King Albert finally conceded in early 2020 that Delphine is his daughter. She was subsequently bestowed a princess title and the family name Saxe-Coburg.

Jacques Boël was known to be a very discreet personality in the Belgian business community. He was the fourth generation of one of Belgium’s richest families to have made a fortune in the steel industry.

Princess Delphine`s mother, Baroness Sybille Michèle Emilie Marie Ghislaine de Selys Longchamps, moved to London in 1976 where she lived with her second husband at his rural estate. She now maintains homes in Brussels and Provence.