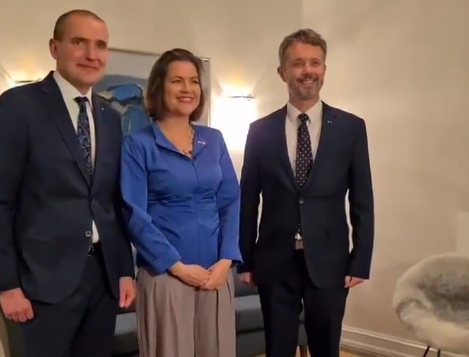 Iceland and Denmark have strong ties. From 1397 to 1944 the nation had a common monarch under the Danish king and in the period 1814 to 1918 Iceland was part of the Danish kingdom. This week, Crown Prince Frederik of Denmark has begun a visit to Iceland with a meeting at the presidential residence, Bessastadir, where he was officially received by the President of Iceland, Guðni Th. Jóhannesson.

The official business promotional campaign begins on October 13th 2021 in the Gróska Business Growth Centre, after which His Royal Highness will visit Reykjavik Energy and the Ministry of Industry and Innovation. Crown Prince Frederik is accompanied by a delegation of ten Danish business owners.

The visit will conclude with a royal inspection of the ship Triton. The ship monitors the Arctic, among other things in collaboration with the Icelandic Coast Guard, and the President and the Crown Prince will receive a guided tour of the ship and talk to the crew.