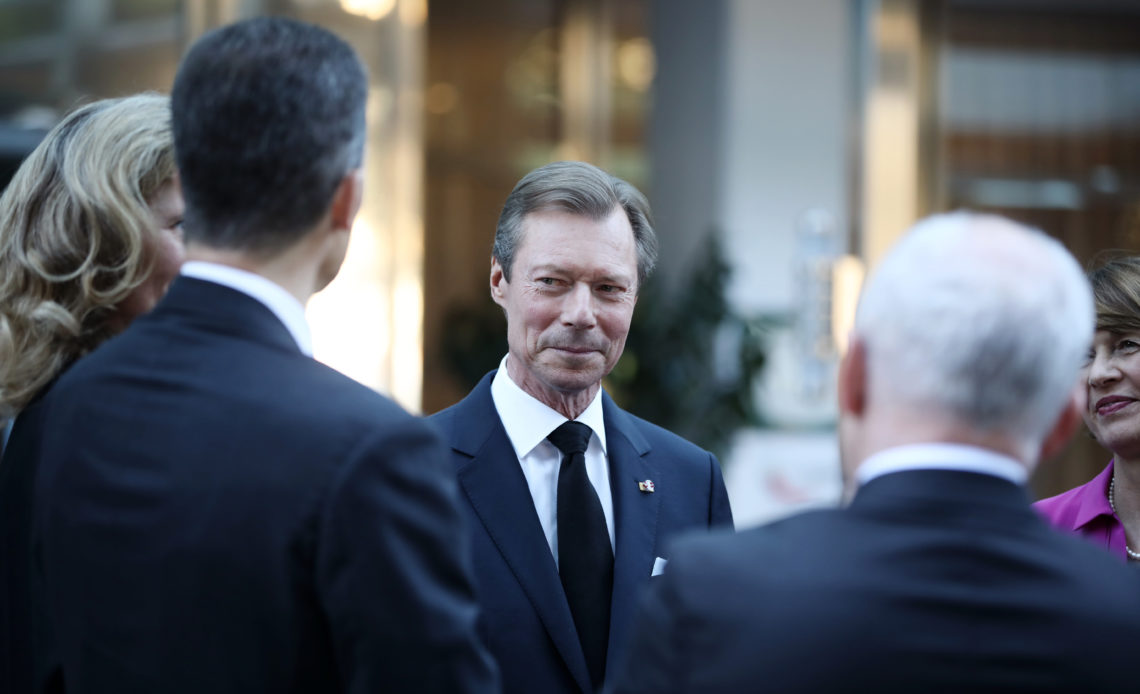 For 2021, the selected date was Sunday, 10 October, and Grand Duke Henri attended a church service in Luxembourg Cathedral, during which the victims of the German invasion of Luxembourg were remembered.

The main event was the ceremonies at the Luxembourg National Commemoration Monument, the theatre of these annual events. Grand Duke Henri laid a floral wreath at the base of the monument before observing a few moments of silence.

The Luxembourg National Commemoration Committee was founded in 2016 with the aim of remembering the country’s World War II victims and heroes. In 2018, the committee inaugurated a commemorative monument for the Luxembourgish victims of the Shoah, or Holocaust, in the presence of Grand Duke Henri and Grand Duchess Maria Teresa.

Luxembourg had been an independent country since 1867 and had already paid the price during World War I when the German empire invaded in 1915. However, the worst came during World War II, as Nazi Germany had already demonstrated quite aggressive stances towards the small country. As the war was officially declared in 1939, Luxembourg proclaimed itself a neutral nation in hopes to stop Germany from invading them. However, that didn’t work, and, despite Luxembourg’s efforts to try and slow down the German invasion until they could be helped in maintaining their territorial neutrality, they were conquered in less than 24 hours. Grand Duchess Charlotte evacuated herself, her family, and key government members to France and gave orders to avoid as much bloodshed among her people as possible.

However, if the German invasion in WWI was relatively benevolent, with the government being allowed to remain in place and the country being allowed to maintain certain autonomy, the Nazi invasion of WWII was devastating. Entire communities were displaced in concentration camps, and political dissidents were imprisoned, tortured and killed. Despite this, the Luxembourg people maintained a distinct identity, which created issues with the Gestapo. Their resistance, once the Allied Forces arrived in Europe, helped get rid of the Nazi-installed government and give the country back to its own people.

Since then, the Luxembourg Grand Ducal Family, government and the population at large have made it a point to remember the challenges the small country faced and never forget the people who made the ultimate sacrifice to keep Luxembourg alive.