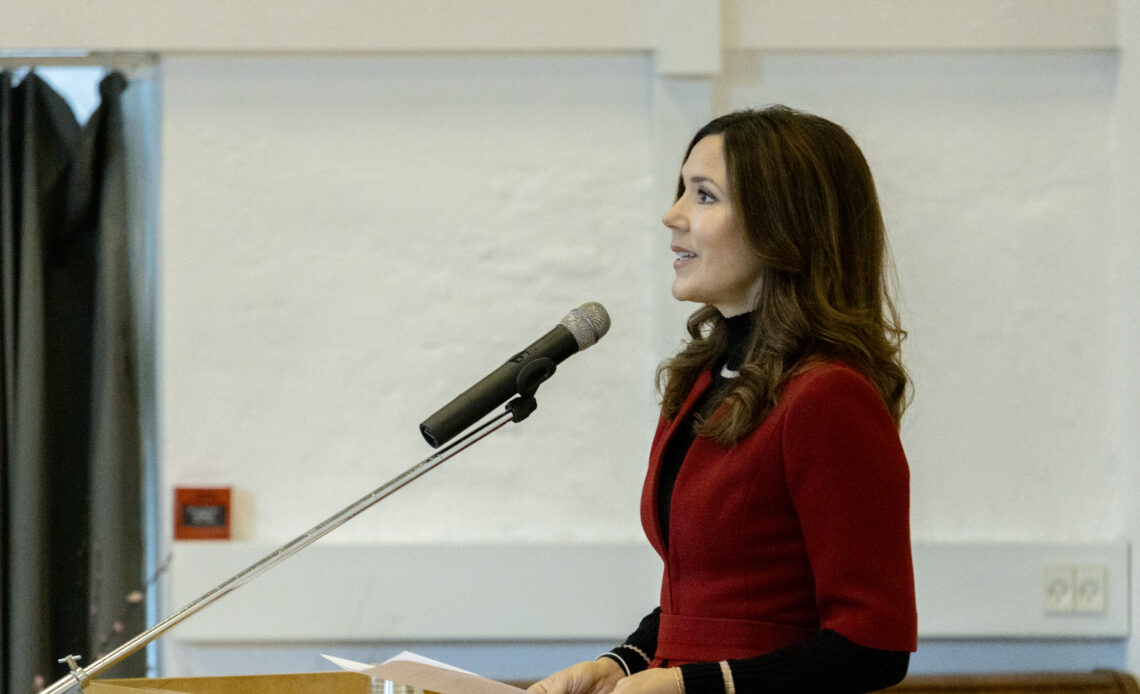 Crown Princess Mary of Denmark gave the opening speech at the UN World Goals Conference, and the launch of the new National Action Plan for those goals, earlier this week, saying that “now it is action.”

The Crown Princess, who participated in the conference to explore how Denmark will play a role in the action plan, said: “Six years ago, the world was thrilled that it had agreed to adopt the 17 world goals. We had been given a promising plan. It was not a plan aimed at developing countries like the MDGs. No, it was a plan that applies to all countries. And there was agreement on the 169 action-oriented sub-goals.

I was also thrilled and referred to the plan as ‘the most ambitious global vision in history’. In other words: expectations were high. And by setting a time frame of 15 years, the world gave itself a trailing edge and with it a necessary time pressure.”

She continued: “But in relation to some goals, the development is slow and in some cases, there have even been setbacks. And it is clear to everyone that development must be accelerated if we are to deliver on the promising plan.

“Today we have just under 9 years to run on… and if you have to try your best to make status, then you have to say that the past year has not been kind to us. On the contrary.”

The Crown Princess spoke about the global health crisis and how countries have pivoted their focus to handling it, taking focus away from the Sustainable Development Goals. She said that the pandemic has brought “enormous costs for people, for economies and for development,” that has likely slowed progress, in some areas, for decades.

She then focused on Denmark’s progress with the Sustainable Development Goals, pointing out that the data within the country does not match the global data. “Denmark is considered one of the countries that is closest to meeting the world goals – because we have a strong society that over generations has reached where we are today – a society with development, empowerment and not least trust.”

She said that it was Denmark’s duty to “inspire, motivate and help others get closer to achieving the world goals,” so that other countries can use its metrics as a blueprint.

She continued: “[C]ooperation and partnerships, I personally think, are the key to many successes, also when it comes to implementing the world goals. Not just the type of collaboration we have been used to seeing. Nor on the scale we are used to seeing. But as I have said before, collaboration across…longitudinally, circularly, vertically, pentagonally –  whatever.

“Just what is needed to find new paths and create joint efforts. Sometimes the most unthinkable can show results we could never have imagined.”

The Crown Princess ended her speech with a call for collaboration in the nine years before the 2030 Agenda for Sustainable Development’s deadline is reached. She said that the pandemic “has shown us that communities around the world are able to act together and resolutely when the problems and consequences are clear to us.

And the world faces challenges that are clear. And around the world goals, the world must also stand together and act resolutely. And we do that in Denmark – with the new action plan.

“I wish for us that work succeeds so that we can look into a bright future.”