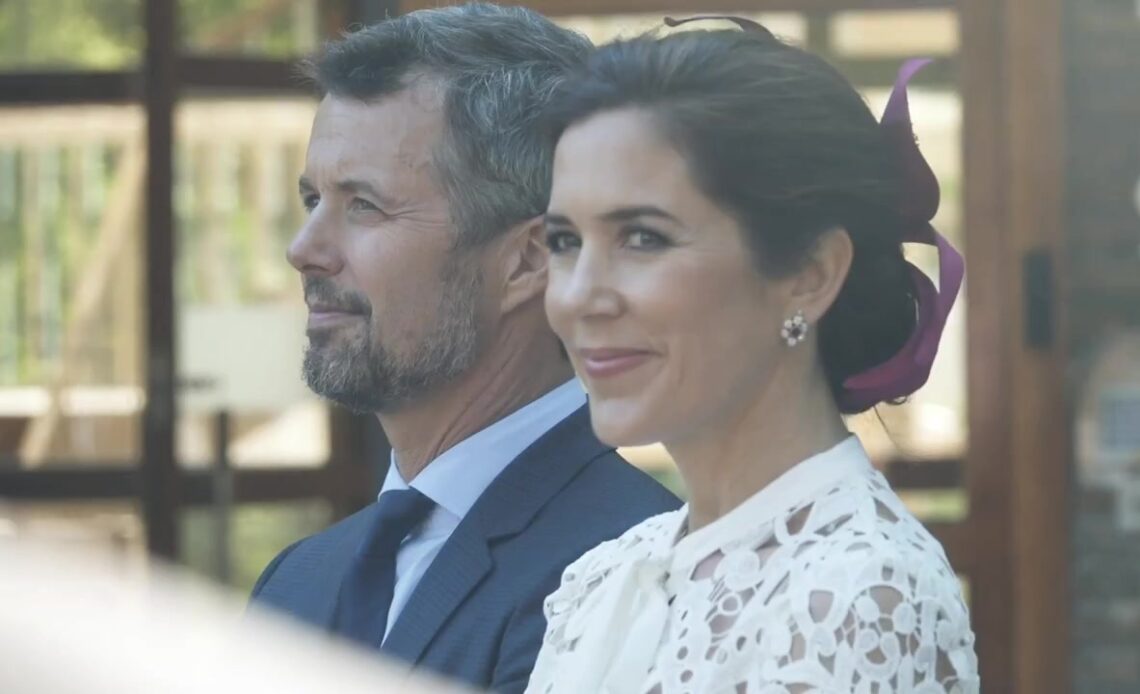 Crown Prince Frederik and Crown Princess Mary of Denmark have embarked on a two-day visit to the Netherlands, where they are leading a sizeable Danish business delegation in a trip focused on the green transition, sustainability and digital healthcare.

The couple’s day started bright and early on Monday, 20 June; they landed at around 8:30 am at The Hague/Rotterdam International Airport, where they were welcomed by the Danish Ambassador to the Netherlands, His Excellency Jarl Frijs-Madsen, and Deputy Head of the Embassy Anne Ege Møller.

Shortly before 9 am, they arrived at the New Babylon Conference Centre, where they officially opened the business conference at the centre of this trip. Crown Prince Frederik gave a speech in which he highlighted the depth and long history of Dutch-Danish relations and how they have evolved to include the newest technologies.

Forty-five minutes later, the couple attended the speech given by Dutch Prime Minister Mark Rutte before Danish Health Minister Magnus Heunicke opened the central event of the trip: the Cross Sector Seminar, which examines the two main components of the agenda: “District heating and energy efficiency” and “HealthTech and MedTech.”

The Crown Prince attended the opening and subsequent panel at the seminar “Offshore Wind Energy and Power-to-X,” which discusses potential increases in energy production in the North Sea, on which both the Netherlands and Denmark have a coast.

Meanwhile, the Crown Princess was opening a seminar on healthcare and new technologies, focused specifically on the digitalisation process in the healthcare structure of both countries and the positive changes this can bring, particularly in helping to offer more personalised care, catering to the individual needs of all patients.

Afterwards, Crown Prince Frederik reunited with the Danish Ambassador to the Netherlands to meet some Danish students currently enrolled in Dutch universities in programmes aimed at finding solutions toward a green transition.

The couple then briefly reunited at the New Babylon Conference Centre, where they visited the stands of some companies taking part in the business seminar before attending a private lunch.

At 1:45 pm, they separated again, with Crown Prince Frederik visiting Royal Dutch Shell, the local branch of global energy producer Shell, which is working on offshore wind energy, power-to-x and hydrogen as means of producing cleaner and more sustainable energy.

At the same time, Crown Princess Mary visited the Province of South Holland, where she opened a conference on energy efficiency, before visiting the Royal Academy of Arts in The Hague, where, among other things, she got a chance to meet with students working on sustainable fashion textiles and converting clothing production into a greener industry.

It was then time for Crown Prince Frederik to visit the Dutch Marine Energy Centre, which works to promote the global transition toward more sustainable sources of energy and is based on a structure that also functions as an accelerator for wave energy production.

The Crown Prince Couple then reunited in the Hague, where they visited Peace Palace, which, among other things, also houses the Hague Academy of International Law, the Permanent Court of Arbitration and the International Court of Justice – the latter becoming much more mainstream over the past few months due to being the justice organism in charge of investigating and discussing war crimes cases.

Their Royal Highnesses will remain in the Netherlands until Tuesday, 21 June, and on their second day, will visit Rotterdam, Delft and Leiden. The Netherlands and Denmark have been pushing towards detaching their countries from non-renewable energy sources, especially for the past three months, when it became clear that being self-sufficient and going green were the only options to keep energy prices under control.