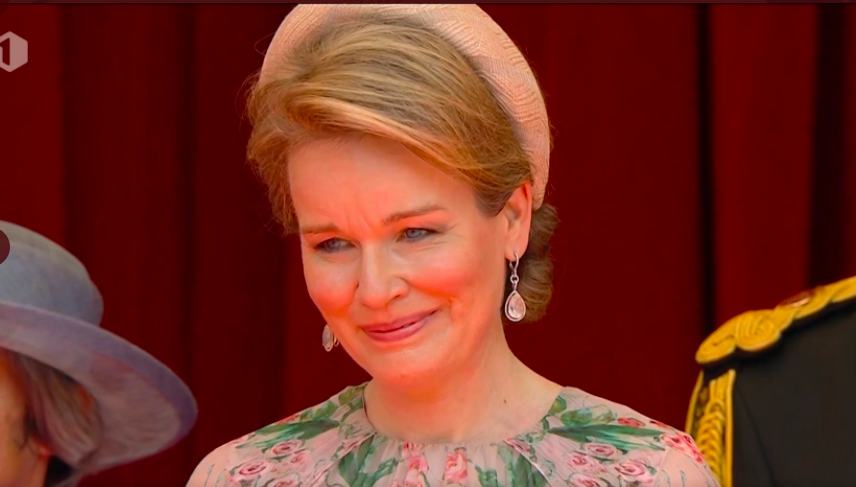 Belgium’s National Day took place on Wednesday which was marked with scaled-down festivities that included a thanksgiving service, a military parade and a visit by the King and Queen to two care homes for people with disabilities.

She is about to finish her first year of military training, and it is unclear whether she will continue her military education for at least another year (in the Ecole Royale Militaire, it takes 4 years to obtain a diploma in military science, but it seems unlikely the Princess will pursue that route).

Dressed in her cadet gala uniform and with a parade rifle in her hands, the Duchess of Brabant marched in front of the Royal Palace in Brussels after having participated in the morning’s Te Deum in civilian clothes.

Queen Mathilde became emotional in the royal box as she watched her daughter take part in the parade.

Princess Elisabeth is one of the Royals who started working at a very young age. Born in 2001, she attended her first National Day Te Deum at only 5 years old, and, since then, has balanced her Royal life with her duties as a student. She is fluent in Dutch, French, German and English, and has graduated in May of 2020 from a two years program at UWC Atlantic, in Wales.

She plays the piano, loves to read, but is also a keen skier, tennis player and scuba diver. She also volunteered her time to keep some people company through phone calls during the long months of isolation. For all these reasons, it seems unlikely that she will continue her military education, opting instead to enrich her curriculum with University studies. She already took part in the Yale Young Global Scholars Program at Yale University, which makes the institution a potential candidate for the prosecution of her time as a student.