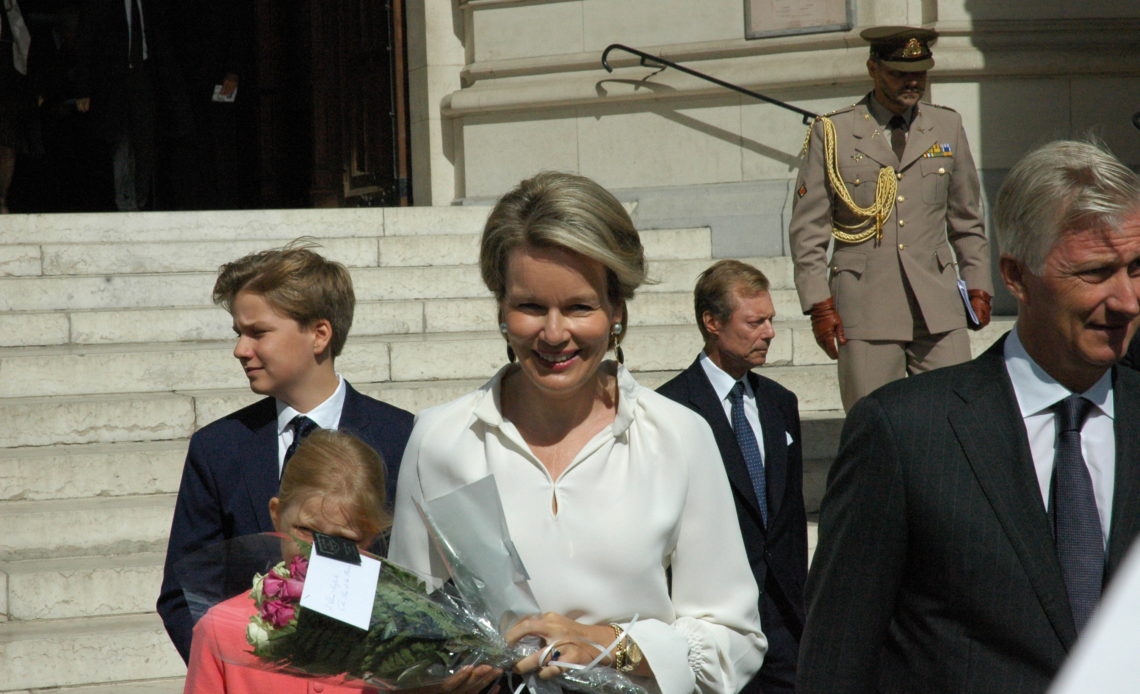 The Belgian Royal Palace said: “The Queen is doing well and is following her doctor’s recommendations.”

Her activities for this week have been postponed.

Mathilde’s goddaughter, Princess Isabella of Denmark, will have her Confirmation on Saturday, 30 April. The guest list has not yet been announced, but it has been assumed the Princess’s godparents will be in attendance at Fredensborg Palace Church. It’s not yet known if Her Majesty’s positive test will prevent her from travelling to Denmark.

The Queen of the Belgians is just the latest royal to be diagnosed with the coronavirus. Prince Albert II of Monaco tested positive for the second time last week, and several royals contracted the virus in February and March.

In March, the Duke of Gloucester and King Harald of Norway tested positive and have since recovered. Unfortunately, February saw a host of positive tests for the royals. King Felipe of Spain, Queen Margrethe and Princess Benedikte of Denmark, Princess Yoko of Japan, the Prince of Wales, Duchess of Cornwall and The Queen were all struck down with the virus; thankfully, all have made a complete recovery.

Grand Duke Henri Hereditary Grand Duke Guillaume of Luxembourg and former King Constantine of Greece contracted the virus in January. Crown Princess Victoria and Prince Daniel of Sweden also fell victim to the virus for the second time during the pandemic. The Crown Princess Couple announced they had the virus for the second time shortly after King Carl XVI Gustaf and Queen Silvia tested positive for COVID for the first time.

Since the pandemic began in 2020, many royals across the globe have had the virus, including Crown Prince Hussein of Jordan, Princess Ingrid Alexandra of Norway, Prince Christian of Denmark, Prince Carl Philip and Princess Sofia of Sweden, Princess Michael of Kent, and the Duke of Cambridge.