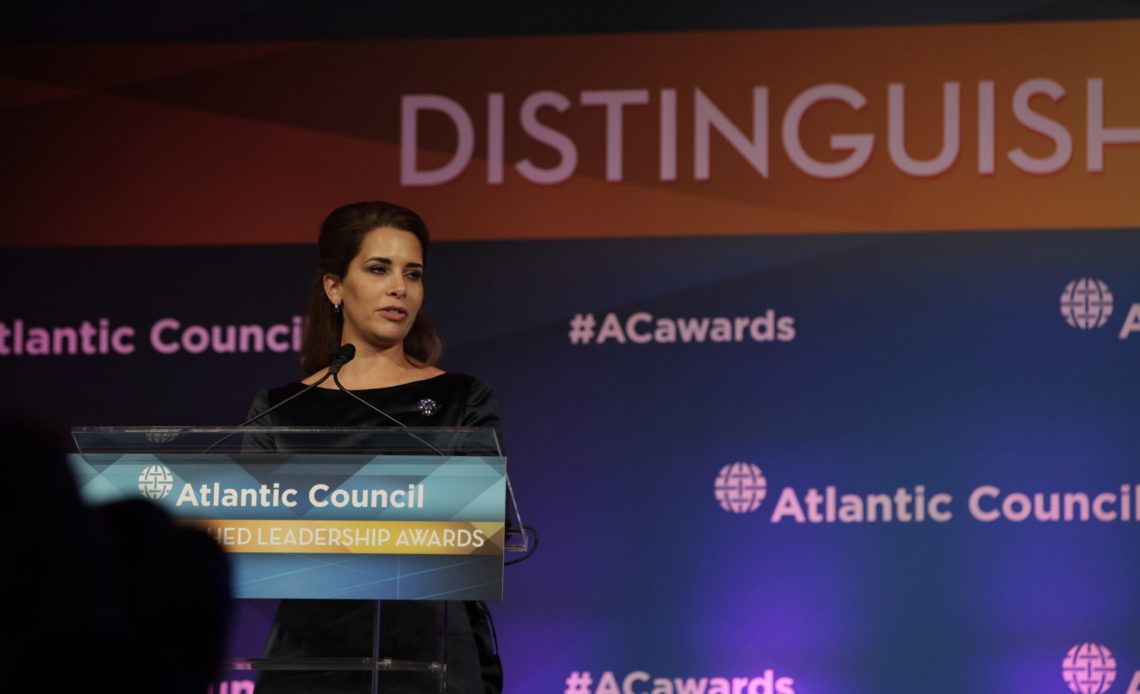 Various reports are circulating across the globe that Princess Haya bint Hussein of Jordan, 45, has fled Dubai and her multimillion-dollar husband, Sheikh Mohammed bin Rashid Al Maktoum – the Vice President of the UAE and Ruler of Dubai.

Reports suggest the Princess, who is a younger sister to King Abdullah II of Jordan, has escaped to Europe and is now in hiding, requesting asylum. Unconfirmed reports say she fled with her two children by the Sheikh, 11-year-old Sheikha Jalila and seven-year-old Sheikh Zayed.

Sources close to the family have said she’s in London and seeking a divorce after initially travelling to Germany where she requested political asylum. There are also claims that Germany has refused demands by Sheikh Mohammed to send Haya and her children back to Dubai. However, German authorities have declined to comment.

Arab media have also reported that Haya (who is one of the Sheikh’s several wives) was assisted in her escape by a German diplomat, but this is unconfirmed. The Princess was last seen in public in May and hasn’t used her social media accounts in several months. She usually attends Royal Ascot alongside her husband, but this year, he attended without the Princess.

The Chief Executive of watchdog Detained in Dubai, Radha Stirling, told the Mirror, “Whenever someone applies for political asylum, obviously, it is because their lives are in danger and because they have suffered severe abuses and violations of their human rights.

“We already know that Princess Latifa, Sheikh Mohammed’s daughter, fled the UAE seeking asylum and alleging unspeakable abuse at the hands of her father.

He also questioned what caused the Princess to flee.

If true, she’s not the first UAE royal to flee the UAE and the Sheikh as his daughter, Sheikha Latifa bint Mohammed bin Rashid Al Maktoum, 33, attempted to escape the country last year and made a dramatic video exposing her father’s nature to the world.

She was captured in the Indian Ocean and returned to Dubai with many fearing for her safety. Latifa was photographed in December 2018 with former Irish President and UN High Commissioner for Human Rights, Mary Robinson in the UAE. Human rights groups have questioned Robinson’s visit and called for more investigations. Latifa has not been seen since those photos were released.

Princess Haya was responsible for Ms Robinson visiting Sheikha Latifa and later said in an interview, “It is a private family matter, and I do not want to go into it because for the protection of Latifa herself and to ensure that she’s not used by anyone else. She is a vulnerable young woman.”