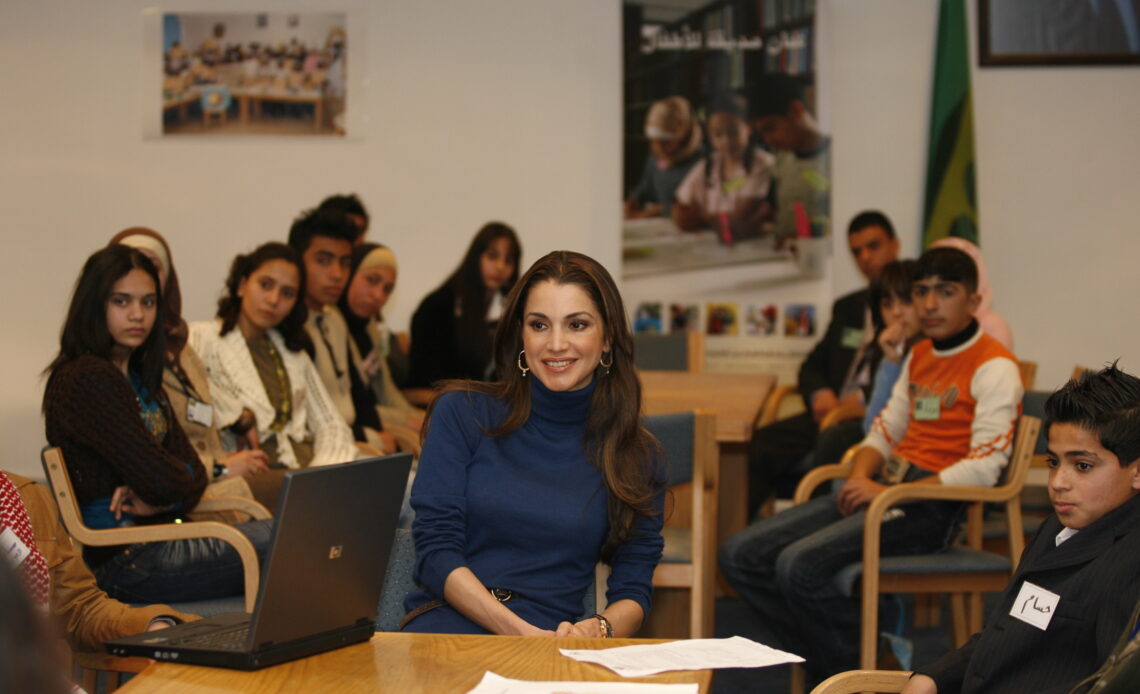 Queen Rania of Jordan is marking her 50th birthday today in Jordan as the world still battles the ongoing COVID-19 pandemic.

The Queen has undertaken events recently in Jordan since the lockdown in the country was lifted. She has been visiting areas to help promote tourism and those helping battle the virus.

Speaking to Hello magazine, she revealed her birthday wish for this year: “On my birthday, as long as the people I love are nearby, and they are healthy and safe, I could not possibly ask for more.”

She also joked about her previous birthday wishes for more family time being granted in 2020: “On past birthdays, I’ve always wished for more time with my husband and kids – and so far this year, time is all I’ve had!

“It has been such a blessing to have all my children around, particularly during the months when Jordan was under a strict lockdown. Like so many families, we were grateful to be together, but also heartbroken to see the pain and loss this virus has inflicted on so many around the world.”

Rania Al-Yassin was born in Kuwait City, Kuwait, on 31 August 1970, to Faisal Sedki al-Yassin, a pediatric doctor, and Ilham Yasmin, both of whom were Palestinian. Her parents moved from the West Bank to Kuwait just before the 1967 Arab-Israeli War. The family regularly visited their family in the West Bank.

For her education, she attended the New English School, which is a private school in Jabriya, Kuwait. In 1987, she began her university education at American University in Cairo, Egypt, where she studied business and computer science. She graduated with her degree in Business Administration in 1991.

The Gulf War began in 1990, and by 1991, Rania and her family left Kuwait, like many others during this time of war when Iraqi forces invaded the country. The settled in Jordan, where Rania would briefly work in marketing at Citibank and Apple Inc., in Amman.

In January of 1993, Rania met then, Prince Abdullah of Jordan at a dinner party, hosted by Abdullah’s sister, Princess Aisha. Her Majesty admitted that she was a bit wary knowing that he was the son of the King of Jordan. Two months later their engagement was announced. Abdullah and Rania were married in a traditional Muslim ceremony on 10 June 1993.

On 7 February 1999, Abdullah became King of Jordan, and he made Rania his queen in March. Since then, she has regularly championed causes close to her heart. In Jordan, she is passionate about education, community empowerment, and the youths of the country. On a global scale, she works regarding global education, microfinance, and cross-cultural dialogue.

She uses these channels to share her work and spread the message of inclusivity and coexistence. She promotes education and women’s empowerment. It’s not unlikely to see her share a message wishing Christians a ‘Merry Christmas’ in December alongside messages for Ramadan or Eid to Muslims during other times of the year.