Queen Rania at 50: Her online presence 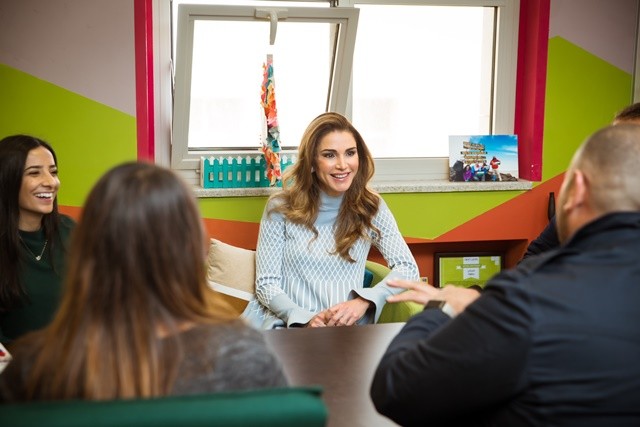 Queen Rania of Jordan is one of the most visible royals online with an official website and various social media channels.

She uses these channels to share her work and spread the message of inclusivity and coexistence. She promotes education and women’s empowerment. It’s not unlikely to see her share a message wishing Christians a ‘Merry Christmas’ in December alongside messages for Ramadan or Eid to Muslims during other times of the year.

A proud mum of four, she also shares images of her family life and praises her children on Twitter and Instagram.

On YouTube, where she has 79,000 subscribers, videos are shared from each of her engagements, as well as speeches and interviews in which she has participated. When she launched her YouTube account, she did so with the aim of discussing and ending stereotypes. Her very first video had her requesting that people send her their stereotypes of the Arab world and the Middle East. Queen Rania later responded to stereotypes that were sent to her alongside other Middle Eastern users of the platform.

The Queen called YouTube “a great platform” that can be “used for dialogue.” Her Majesty said: “I believe we need to use these tools to get those messages out there because change begins within each one of us and our willingness to reach out to each other.”

She has also used her YouTube account to promote Jordanian tourism with her talking about the Dead Sea and Petra and encouraging people to visit.

Her Majesty’s Office updates her social media channels and website within hours (or minutes) of her attendance at events. They also often share clips on her Instagram story of behind the scenes videos from travels and engagements. In this regard, Queen Rania’s online presence is more up to date and accessible than those of other royals.