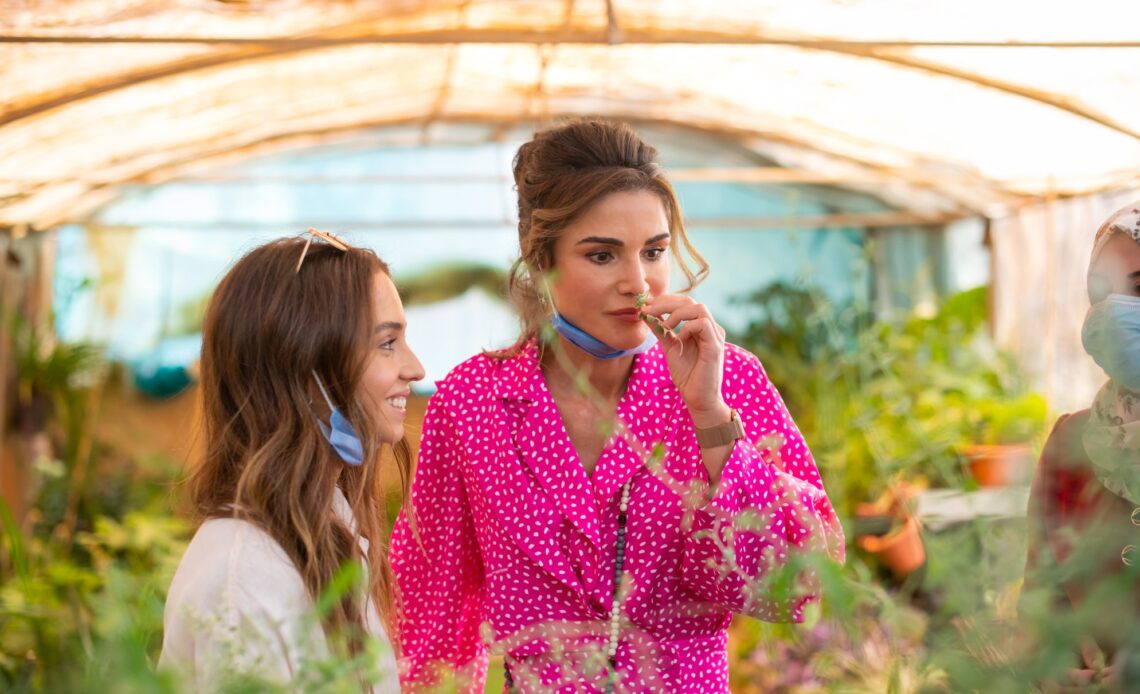 As the world slowly reopens after the COVID-19 outbreak, the royals are getting back to undertaking more public duties. On Monday, Queen Rania and her daughter, Princess Iman visited Umm Qais in the Irbid Governorate to learn about their sustainable tourism efforts.

The Queen drove herself and her daughter to the village which sits north of Jordan’s capital of Amman. On her Instagram account, a video was shared of the Queen and Princess Iman trying to decide, like many mother-daughter pairs, what to listen to on the drive.

Queen Rania and Princess Iman travelled to Umm Qais to “learn about sustainable tourism efforts that aim to stimulate economic growth and protect Jordan’s cultural heritage and natural resources,” according to Her Majesty’s Office.

The pair were welcomed by founder of Baraka Destinations, Muna Haddad and received a tour of the bed and breakfast, Beit Al Baraka, that gives visitors a true insight into the culture of the village. They also had the opportunity to learn about basket weaving and partake in that and scarf embroidery during their visit.

Additionally, Her Majesty and Her Royal Highness helped prepare Eid cookies in Galsoum’s Kitchen – a place that offers traditional Jordanian meals from locally sourced ingredients. They also saw some of the items produced by locals in the living room of Beit Al Baraka and participated in a stone masonry class. They later learned about making seed bombs and local plants at Beit Al Ward.

The six bedroom bed and breakfast is in an ideal location and overlooks the Golan Heights, the Sea of Galilee, and the Yarmouk Nature Reserve.

After her visit, Queen Rania said on Instagram: “Loved spending time with both Iman and the wonderful people at Beit Al Baraka and Beit Al Ward in Um Qais today. I cannot recommend them enough!”