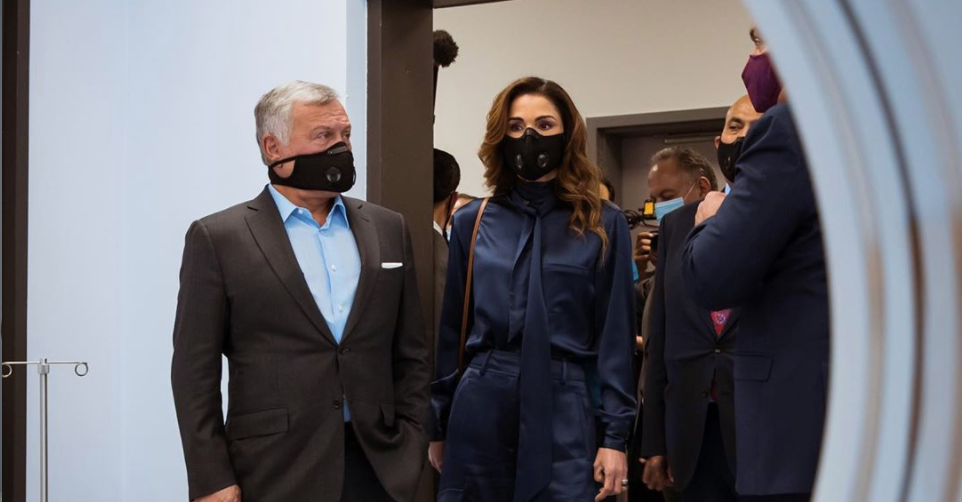 Queen Rania travelled to New York City and joined her husband to receive the Path to Peace Award, which the homonym foundation granted them for their work in promoting interfaith harmony and dialogue.

The ceremony took place on Monday evening in Manhattan, one of the most upscale areas of the Big Apple, in the presence of 370 guests, which included Archbishop Gabriele Caccia, the Permanent Observer of the Holy See Mission to the United Nations.

Both Archbishop Caccia and His Majesty gave speeches during the ceremony, with the cleric placing the emphasis on the work of King Abdullah and Queen Rania towards promoting the pacific coexistence of different faiths, and the mutual respect. He also underlined that the first proposal of the Jordanian royal couple for the award came in 2015, a testament to the importance of Jordan and its head of state in the area.

But it was King Abdullah’s speech that shone bright, short but dense and filled with topics that are relevant to everyday life, today more than ever. His Majesty talked about the increasing importance of humans’ role, despite the growth of technology. He spoke of the necessity to draw together to face global challenges like food security, poverty, war and conflict and the subsequent refugee crisis, the pandemic, climate change.

And he closed his speech with words on one of the world’s most debated issues: the conflict between Israel and Palestine, which is heating up again in these last few weeks. The King talked about the need for peace, which can only be achieved through the two-state solution.

“That goal requires a peace that is just and lasting, and can provide a future of hope for Palestinians and Israelis alike. And that is the two-state solution, leading to the establishment of an independent, sovereign, and viable Palestinian state, with East Jerusalem as its capital, living side-by- side with Israel in peace and security,” said the King.

The entire speech can be found here.

Queen Rania then joined her husband on stage to receive the prize from the hands of Archbishop Caccia, before King Abdullah left for Washington DC, where it was confirmed that he will hold a meeting with President Joe Biden on Friday.