Milestones of a Monarch: A controversial state visit to Yugoslavia 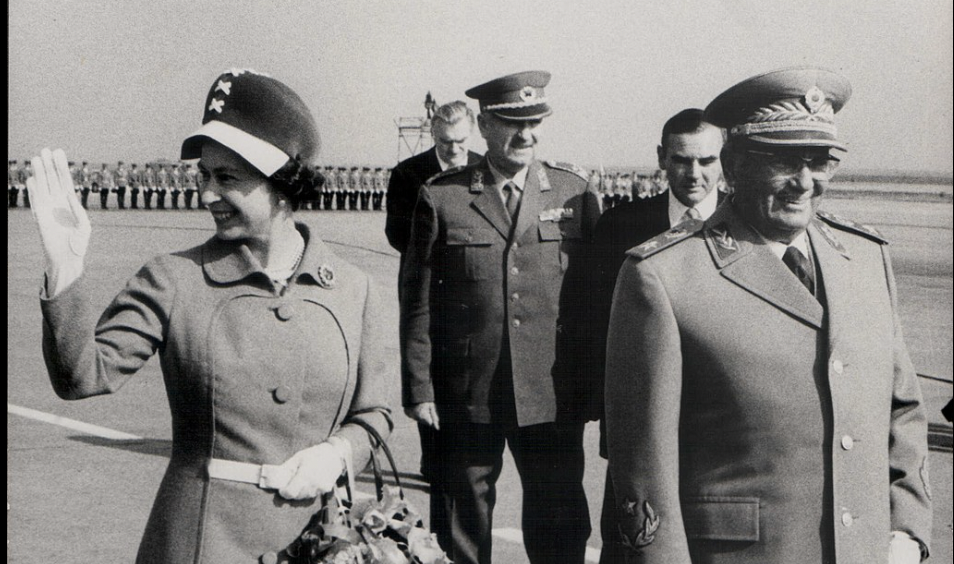 In October 1972, nearly a little over 20 years into her record-breaking reign, The Queen made history as she made her first state visit to a communist country, Yugoslavia.

Dictator Marshal Josip Broz Tito personally asked Her Majesty to come in honour of his 80th birthday. During the visit, she was accompanied by her husband, the Duke of Edinburgh, and their daughter, then-22-year-old Princess Anne, The Princess Royal. The crowds were packed on the sidewalks as the Royal Family made their way from the Surcin Airport to the Byzantine-style palace on Dedinje Hill where they stayed for their visit. During their stay, The Queen spent two days in Belgrade before embarking on a 780-mile tour throughout the region. The areas she visited are now known as Dubrovnik and Zagreb in Croatia.

The Queen actually has a royal link to the previous royal family of Yugoslavia, to who the Windsors were known to be close. The Queen and her late father, George V, are the godparents of Crown Prince Alexander – the last heir to the kingdom of Yugoslavia. At four months old, communist authorities deposed Alexander’s family.

In March 1953, Tito visited Buckingham Palace. This was an occasion noteworthy for it being the first time following World War II that a communist leader stepped foot inside a Western country. The Duke of Edinburgh was the first one to shake the leader’s hand. The trip also made headlines because, at a meeting at Downing Street, Tito insisted if Stalin were to attack his country, the West should intervene. A year prior to Her Majesty’s visit to Yugoslavia, in November 1971, Tito visited Britain once again on a state visit.

In the 1990s, the cultural and religious divisions between Yugoslavia’s ethnic groups would cause the country to fall. The land that was once known as Yugoslavia was split into Slovenia, Croatia, Bosnia and Herzegovina, Serbia, Montenegro, and Macedonia. Her Majesty returned to one of the countries, Slovenia, in 2008 when she visited Ljubljana and Kranj.