What happened to the Korean monarchy? 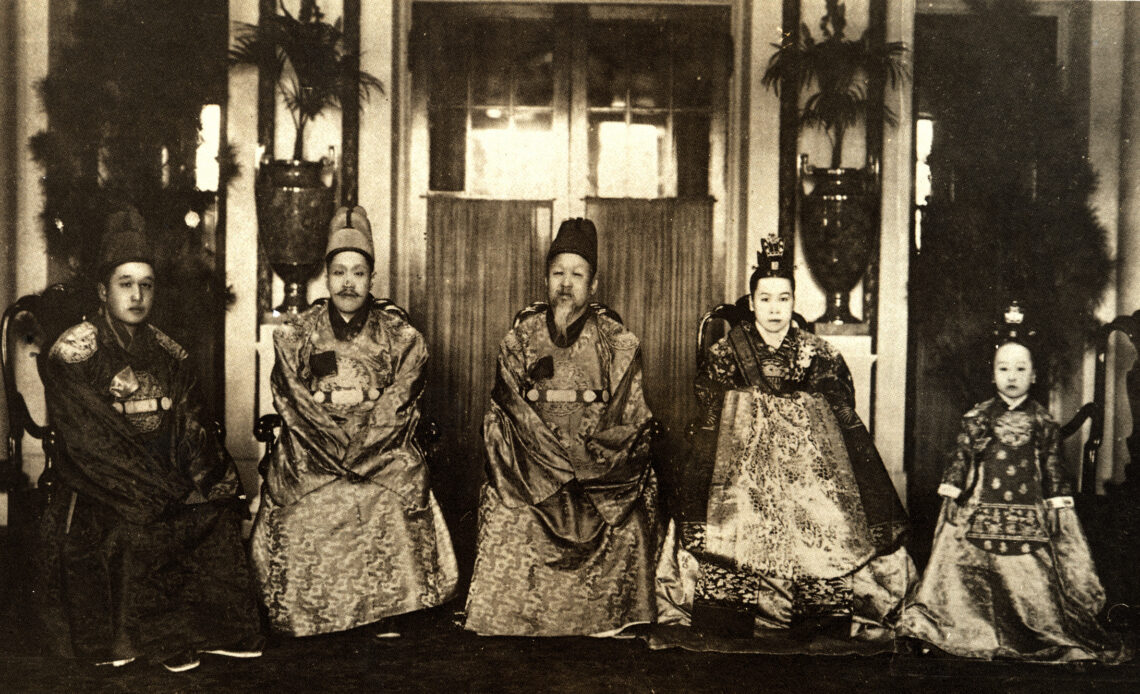 When you think of Asian monarchies, Japan, Bhutan, and Thailand come to mind. However, Korea was once a monarchy, as well.

A united Korean Empire (before the Korean War that led to the split into North and South Korea) existed from October 1897 until Korea was annexed by Japan in August 1910. Before that, the Joseon Dynasty reigned over Korea (under the Great Joseon State) from July 1392 until the formation of the Korean Empire by Emperor Gojong (who was a member of the said dynasty).

In 1896, King Gojong (as he was then known under the Joseon Dynasty) was in mourning after his wife, Queen Min, was assassinated. He and his son, Crown Prince Sunjong, fled the palace to the Russian legation in Seoul; there, they controlled the Korean government for around a year. A series of reforms took place from progressives to modernise Korea after Japan won the Sino-Japanese War.

Gojong eventually left the Russian protection and returned to the palace. He then declared the “Great Korean Empire” in 1897 to end Korea’s traditional relationship with China. From then on, he became Emperor Gojong.

Under the new empire, Korea began to westernise with the help of American missionaries friendly with the Royal Court. This included the introduction of Western medicine and Western education for girls who had not been allowed to be educated before.

The Russo-Japanese War took place during Emperor Gojong’s reign, and Japan came out victorious. The Protectorate Treaty of 1905 was signed between the Japanese Empire and the Korean Empire that stripped Korea of rights as an independent nation and made it a protectorate of Japan. This was signed after Japanese troops occupied the Korean imperial palace while negotiations between Japan and Korea took place over Korea’s foreign policy. The Japanese Army was also stationed at important locations throughout Korea, which occurred after the United States promised not to interfere in Japan’s matters with Korea through the 1905 Taft–Katsura Agreement.

Japan forced Gojong to abdicate in favour of his son on 19 July 1907. Sunjong then became the Emperor of Korea, but he was limited on what he could do because of Japanese control in the country. Upon becoming the Emperor of Korea, Japan forced Korea into the Japan–Korea Treaty of 1907. This treaty said that Korea had to act on the guidance of Japan, and the administration of internal affairs was handed over to the Japanese. Additionally, Japan gained the right to appoint and dismiss high ranking officials and made it a rule that all high ranking officials had to be Japanese.

Korea’s military was later dismissed, and Korea’s judicial power was ultimately stripped in 1909.

A Korean by the name of Ahn Jung-geun assassinated the President of the Privy Council of Japan, Itō Hirobumi, in 1909 while in China for negotiations with Russia. This led to Japan’s annexation of the Korean Empire the following year via the Japan–Korea Treaty of 1910. Part of the treaty said: “His Majesty the Emperor of Korea makes the complete and permanent cession to His Majesty the Emperor of Japan of all rights of sovereignty over the whole of Korea.”

Pro-Japanese political leaders in Korea sided with Japan and signed the treaty on 22 August 1910. It went into effect just a few days later.

The Korean Empire ended on 29 August 1910 – 519 years after the Joseon Dynasty took over control of Korea.