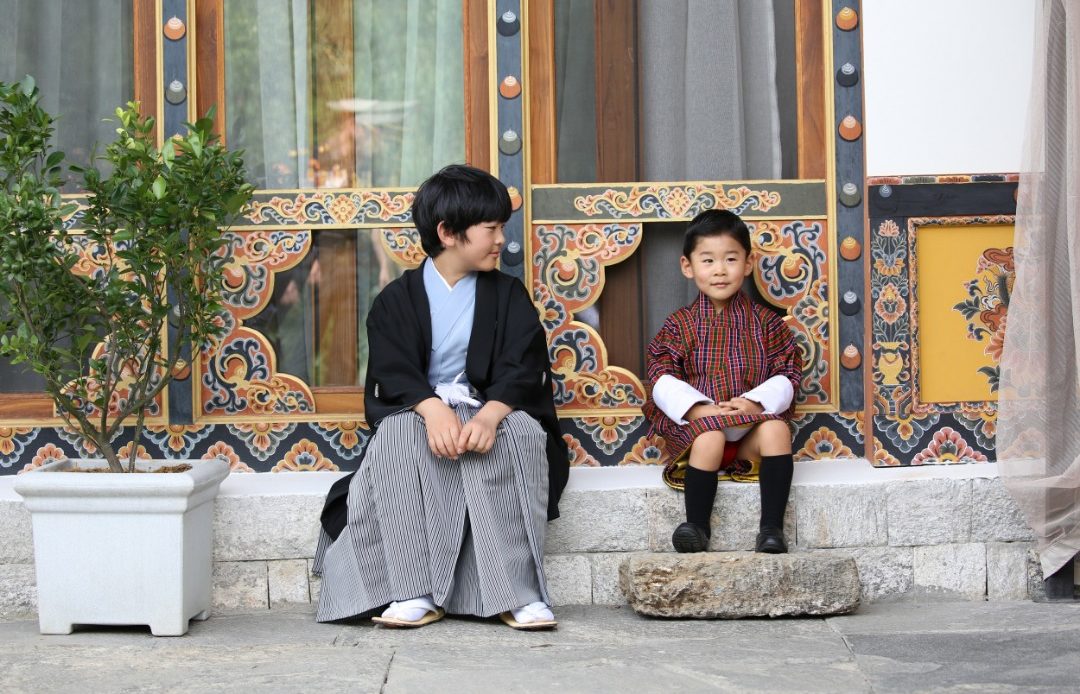 The young heirs to the Bhutanese and Japanese thrones met on Monday in Bhutan at the Lingkana Palace in Thimphu.

Prince Hisahito of Japan, 12, is on his first foreign visit alongside his parents, Crown Prince Fumihito and Crown Princess Kiko. The Crown Prince Family arrived in Bhutan on Saturday for a private trip on the invitation of King Jigme Khesar Namgyel where they were welcomed by the Bhutanese Royal Family at Paro Airport.

The family met with the Japan International Cooperation Agency and visited a museum on Saturday. After being briefed on earthquake activity in Bhutan, Prince Hisahito was heard asking, “Could a major earthquake occur?”

On Monday morning, the family attended an audience with the King and Queen Jetsun Pema in the Golden Throne Room of the Tashichhodzong where the national flags of Bhutan and Japan were on display. The Royal Office for Media in Bhutan explained that the “Imperial Family were escorted in a ceremonial Chipdrel procession to the Dzong.”

The Tashichho Dzong is a Buddhist monastery, as well as a fortress that houses the offices of the King and government.

They were able to view the Guru Thongdrol displayed at the Tashichhodzong in honour of their visit.

Hisahito is second in line to the throne after his father. His uncle, Emperor Naruhito took the throne earlier this year after the abdication of Hisahito’s grandfather, now Emperor Emeritus Akihito, who was the first Japanese monarch to abdicate in close to 200 years. He has two older sisters, Princesses Mako and Kako, but women are not allowed to ascend the Japanese throne.

Out of precaution, Crown Prince Fumihito and his son flew on two separate flights with Crown Princess Kiko flying with her son.