Who is Japan’s Aiko, Princess Toshi? 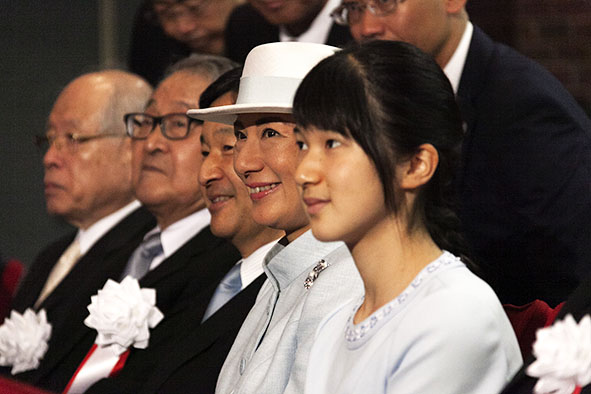 By 独立行政法人水資源機構ホームページ, CC BY 4.0, Wikimedia Commons

Aiko, Princess Toshi is the daughter and only child of Emperor Naruhito and Empress Masako of Japan.

She was born on 1 December 2001 at the Imperial Household Agency Hospital in the Tokyo Imperial Palace. The Princess has two names, a personal one Aiko, and an official name, Toshi, and in a breach with tradition, these names were chosen by her parents and not the Emperor. The names are similar in meaning Aiko meaning “one who loves others” and Toshi meaning “one who respects others”.

With her father on the Chrysanthemum Throne, one may have expected that Princess Toshi would be the heir apparent, but this is not the case. Though the Japanese do not have a problem with a female ruler and have had a number in the past, they are always seen as temporary rulers as they believe succession where possible should be through the father’s bloodline. This was most recently enshrined in law with the Imperial Household Law of 1947, although a committee did look at the issue in 2005. Before the committee could report, then-Crown Prince Naruhito’s younger brother and his wife, Prince and Princess Akishino gave birth to a son, Hisahito. This takes Princess Toshi outside the successors to the throne.

The Princess began her education at the Gakushuin Kindergarten between 2006 and 2008, before moving on to elementary school, where sadly she had disrupted education due to bullying from her classmates. In 2010, this was eventually resolved, and indeed the Princess was allowed to hold parties for her fellow school pupils at the Togu Palace. Shortly after this, this poor Princess came down with pneumonia in 2011. It is said when around eight the young princess loved writing Kanji characters, calligraphy, playing the piano and violin and writing poetry.

In 2014 she enrolled in Gakushuin Junior Girls High School and is said to currently be studying African geography.

Her Imperial Highness studied at Eton in the United Kingdom in 2018 for the summer. She came back with noticeable confidence and answered questions for the waiting press.

Aiko has reportedly been instrumental in providing support for her mother since the former became Empress consort on 1 May 2019 after the abdication of Aiko’s grandfather, the now Emperor Emeritus Akihito.

Naturally, as the daughter of the Emperor and Empress, she’s been seen in public more and more.

Although she celebrated her 18th birthday in 2019, she is not considered an adult in Japan. This is because the age of majority is 20; however, a new law has been passed that will lower the age to 18. It is set to take effect in 2022.