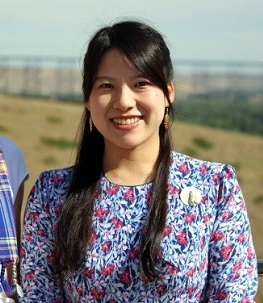 By 外務省ホームページ, CC BY 4.0 via Wikimedia Commons

The wedding date official for Japan’s Princess Ayako of Takamado and Kei Moriya, 32, is officially set after a traditional ceremony was held on Wednesday, 19 September. The wedding will take place on 29 October 2018. They are not expected to take a honeymoon.

The “Kokki no Gi” rite was held in Princess Ayako’s family residence in Tokyo. The “Kokki no Gi” rite is just one of many traditional events that will take place ahead of the wedding. Other future traditional events ahead include “Kashikodokoro Koreiden Shinden ni Essuru no Gi” and “Choken no Gi.” The former will have Princess Ayako paying her respects at the three palace sanctuaries for the last time as a member of the Japanese Imperial Family. The latter will see Ayako speak to Emperor Akihito and Empress Michiko to express her appreciation.

A relative of Kei Moriya, 76-year-old Tatsuya Kondo, acted as his messenger who announced the date to 28-year-old Princess Ayako. Her Imperial Highness’s mother, Princess Hisako accompanied her daughter.

According to the Imperial Household Agency, the Princess told Kondo, “I gratefully accept.”

The wedding ceremony will take place at Tokyo’s Meiji Shrine in October with the Japanese Imperial Family in attendance. In particular, Princess Hisako and Ayako’s older sister, Princess Tsuguko will be in attendance.

On 30 October, Crown Prince Naruhito (who will become Emperor of Japan upon his father’s abdication in May 2019) and Crown Princess Masako will attend a banquet alongside the heads of the three branches of government at Tokyo’s Hotel New Otani.

The Princess and Mr Moriya are busy in the run-up to their nuptials with the Imperial Household Agency saying the couple are “preparing for a series of ceremonies and their life at a new residence after their marriage,” reported the Mainichi.

Upon their marriage, Princess Ayako will cease to be a member of the Imperial Family and lose her royal status as Japanese Imperial House Law requires female members of the family who marry commoners to leave the family.