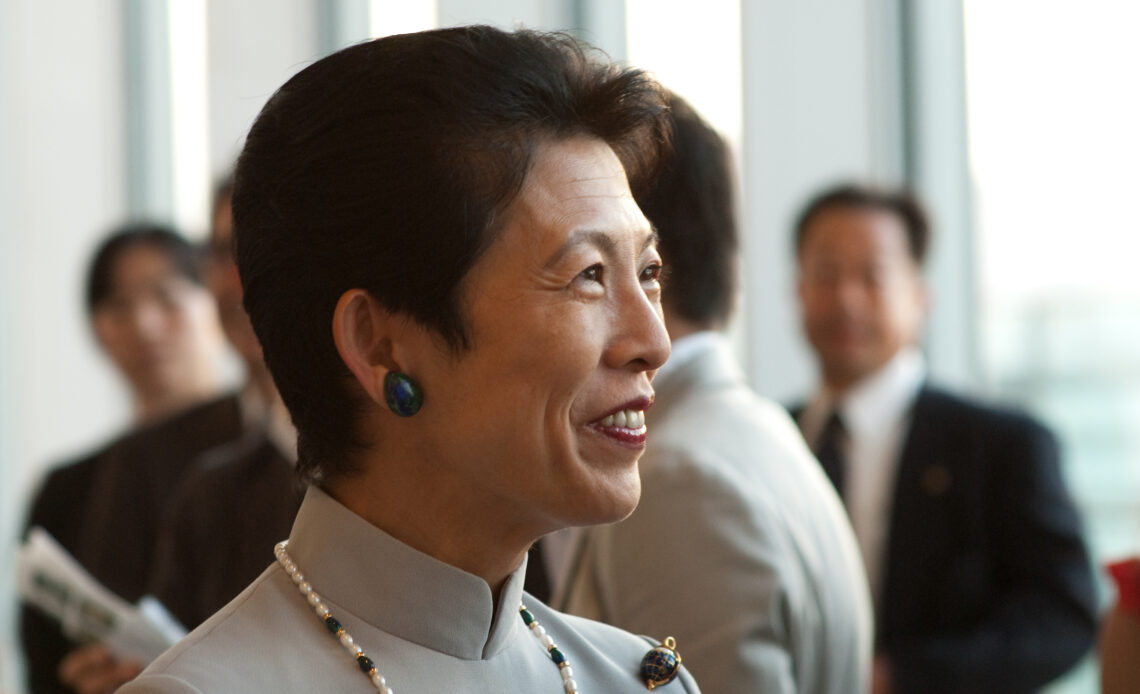 Princess Takamado of Japan took part in the inauguration of a photographic exhibition about Japan in diplomacy.

On 2 March, Her Imperial Highness was the guest of honour at the inauguration of the Yokohama leg of the exhibition. She was also accompanied by other authorities, such as the Mayor of Yokohama, newly elected Takeharu Yamanaka.

The town offered the exhibition in the Minato Mirai Gallery, a “multi-purpose gallery […] in the atrium of the Queen Mall,” according to their website, that offers “exhibitions and presentations of many people’s art and cultural activities such as paintings, photographs, calligraphy, and flower arrangement.”

Princess Takamado is the Honorary President of the photo exhibition’s Executive Committee, and she was present at the inauguration in that role, as well as promoting her country.

At the ceremony, there were also other ambassadors to Japan, including the Ambassador of Venezuela, who acts as the top member of the Committee.

The exhibition is titled “Japan-Through Ambassador’s Eyes 2021” and is a collection of images that symbolise the vision of Japan that diplomats have had during the solar year.

The exhibition has reached its 24th edition and has been in Yokohama for just six days, from 2 to 7 March 2022.

Before the Kanagawa Prefecture city, the exhibition had been inaugurated in Tokyo in October of 2021 and had travelled to Kobe and Nagoya.

Princess Takamado was born Hisako Tottori, the daughter of industrialist Shigejiro Tottori. Since her husband died in 2002 during a squash lesson with the Canadian Ambassador, she has dedicated much of her time to carrying out projects in his memory, including sports tournaments.

She became a more recognisable name in 2013 when she travelled to Europe to attend Princess Madeleine of Sweden’s wedding and was spotted chatting away with many of the most recognisable royal guests.