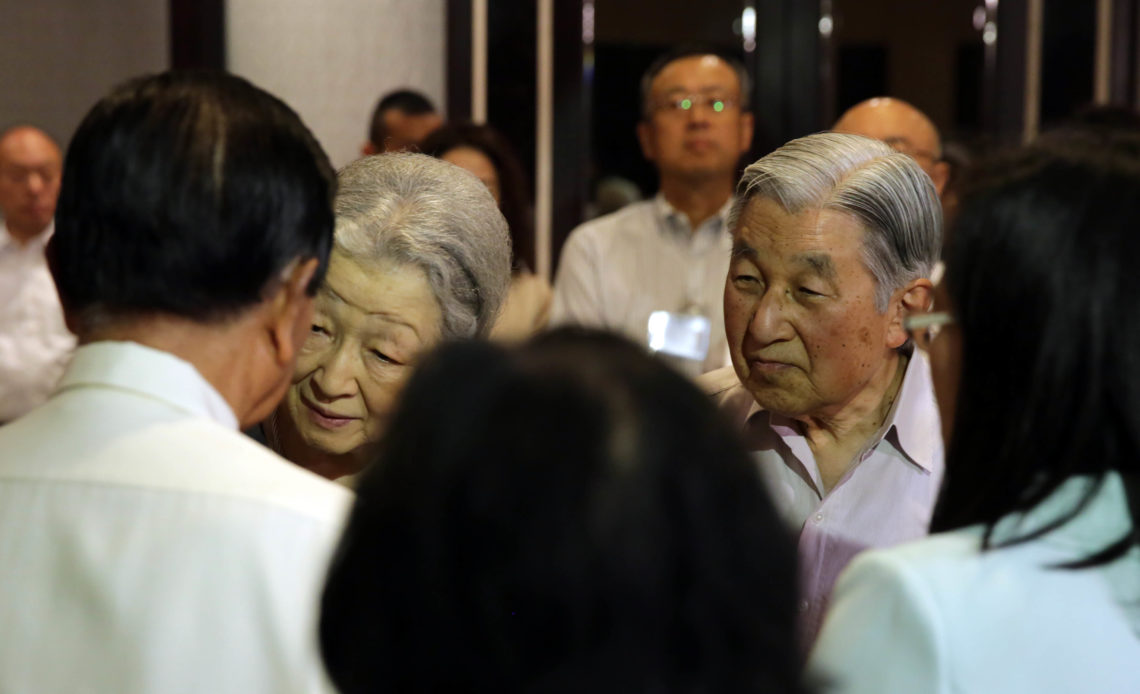 Emperor Emeritus Akihito has celebrated his first birthday since abdicating the throne in favour of his elder son, Naruhito, earlier this year.

The Emperor Emeritus largely stays out of the public eye and still currently resides with his wife, Empress Emerita Michiko, in the Imperial Palace. They are set to move into Takanawa Imperial Residence in Tokyo in late March.

He did have a bought of ill health earlier this year when he suffered from cerebral anaemia in July, but he has recovered and takes a walk around palace grounds with his wife each morning.

He and Empress Emerita Michiko attended the Rugby World Cup in Japan in November and received a standing ovation from the crowd. Both were visibly touched by the gesture.

Akihito was the first Japanese emperor to abdicate in nearly 200 years and a special law had to be passed by the Japanese Diet to allow for his abdication.

His Imperial Majesty formally abdicated on 30 April of this year, and Naruhito succeeded him the following day. October saw the elaborate enthronement ceremonies for Naruhito with royals and foreign dignitaries in attendance. Akihito and Michiko, for the most part, remained out of sight during the ceremonies.