All the Queen’s lockets 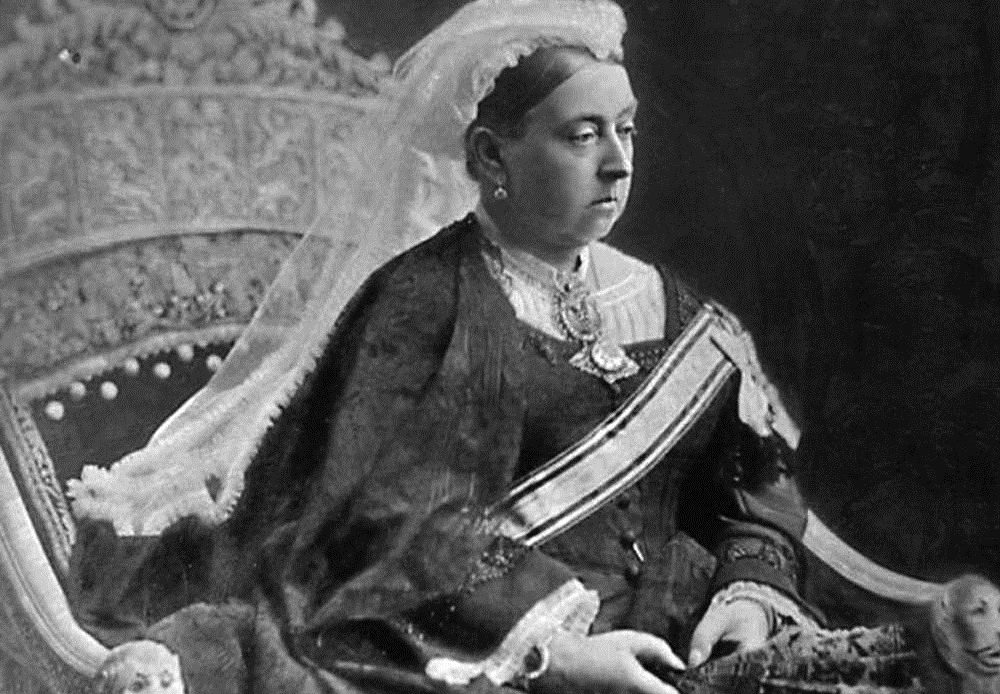 Lockets form an important part in Queen Victoria’s personal jewellery. The first of these lockets was given to the baby Princess Victoria and the last mentions of them occur at the end of her life. Like any object, therefore, they tell a life story in a new way. In briefly exploring their story of Queen Victoria through original research, I hope to bring fresh understanding to the Queen’s attitude to this supremely personal item of jewellery, for which she appears to have had a particular fondness.

Princess Victoria was given a heart-shaped gold locket from her mother, the Duchess of Kent, on her first birthday, 24 May 1820. Poignantly, it contained locks of hair of both the Duchess and of the late Duke of Kent, who had died in January of that year at Sidmouth before his baby daughter was even one-year-old. It was engraved with a personal inscription from the doting Duchess: ‘Present from her Mother to her beloved Victoria on the First Anniversary of her Birthday 24 May 1820’. This tradition carried into the next royal generation, for the Duchess of Kent would give lockets containing her hair to Victoria’s own baby daughters, Princess Helena (in 1846) and to Princess Louise (in 1848). Baby Helena was given a locket by Queen Victoria on her first birthday, containing her hair, perhaps in memory of the one the Queen had received from her own mother. Queen Victoria’s first locket survives in the Royal Collection.

Later, Queen Victoria left specific instructions that certain pieces of jewellery of especial personal significance be placed in the Blue Room (‘Albert Room’) at Windsor Castle, where her beloved husband Prince Albert had died in 1861. This set of instructions contained the information that these pieces were not to be passed on within the Royal Family and instead placed in the Blue Room after the Queen died. Perhaps forming a pair in the Queen’s mind, the heart-shaped locket she had received from her mother was to be put in the Blue Room, as was a gold and crystal heart-shaped locket containing the hair of Prince Albert when a child, engraved: ‘LOCKET WITH HAIR OF/ PRINCE CONSORT/ WHEN A CHILD. SENT/ TO QUEEN VICTORIA/ BY HIS NURSE. 1867.’ The Queen, therefore, received it after his death, from his childhood nurse.

The death of Prince Albert occasioned the creation or acquisition of various other personal memorial lockets, including a gold locket containing a photograph of Prince Albert and a lock of his hair under glass, which the Queen had engraved – like all of her personal jewellery with a connection to Albert, after his death – ‘Dec. 14/1861’. A diamond star gold locket which belonged to Queen Victoria also survives, containing a photograph of the Prince Consort and some of his hair and engraved in German: ‘Die reine Seele schwingt auf zu Gott’ [‘The pure soul flies upward to the Lord’].

Lockets were a part of the royal couple’s personal language with one another, begun at the time of their engagement. Queen Victoria had some of Prince Albert’s hair in the locket which she described in late October 1839 in her journal as wearing ‘night and day’ at her neck. About a week earlier, Queen Victoria had given Prince Albert a lock of her hair which he had asked for; he showed it to a delighted Victoria the day afterwards. In November, her aunt Louise, Queen of the Belgians sent Victoria a diamond heart. Queen Victoria took out Albert’s hair from the glass locket she wore ‘night and day’, and the Prince put it into the diamond heart, romantically as Victoria somewhat blushingly describes, then attaching it around her neck. Queen Victoria later gave her Aunt Louise a number of lockets to contain the hair of her family for her birthday in 1844.

The locket was at various times, given as a present to Victoria from people whom she loved. For example, she was given a golden locket by her adored governess Baroness Lehzen, containing the hair of the Duchess of Kent for Christmas 1834, together with two heart-shaped pins with the hair of the Duchess and Victoria’s beloved half-sister Feodora, inside them. Lehzen gave Queen Victoria a gold and turquoise locket containing her own hair, as a present for the latter’s twentieth birthday. Her aunt, Princess Mary, Duchess of Gloucester – last surviving daughter of George III – sent her some of the hair of her elder sister, Princess Augusta in a locket in 1840. Queen Victoria received a gold locket from another aunt, Adelaide, the Queen Dowager – widow of William IV – also with her hair and engraved: ‘Adelaide Dec 1843’. The following year, Prince Albert gave the Queen a locket on their fourth wedding anniversary, to contain the hair of his father, Ernest I, Duke of Saxe-Coburg-Gotha, who had died that year. The Queen had lockets with the hair of her children and touchingly in later years, she was also given glass lockets containing the hair of her various grandchildren, some of which survive in the Royal Collection.

Queen Victoria reciprocated in turn by giving lockets among her private gifts. One such locket was given from the Queen and Prince Albert to their second daughter, Princess Alice, on her second birthday in 1845. A beautiful gold and blue locket in the Royal Collection contains the baby hair of Princess Alice.

Nor were these lockets just given within the Royal Family or to Europe’s royalty, with whose network she was extensively related. She gave a locket of her hair to one of her Ladies-of-the-Bedchamber in 1872 and to one of her Wardrobe Maids in 1874. Clearly, these lockets denoted both regard and gratitude.

The love of lockets was, I think, possibly linked to the fact that they could contain hair. Hair for Queen Victoria represented something of an obsession, and she would ask for memorial cuttings of it even for people outside of her extensive family. An example of this is the heart-shaped locket that once belonged to Queen Victoria which contained the hair of Lord Liverpool. She owned a cutting of hair from Arthur Penrhyn Stanley, Dean of Westminster which was given to her. She asked for some hair of the Duke of Wellington after his death, which was duly sent her with the apology that it was only a small amount because there had been such demand for cuttings. (Christopher Hibbert, Queen Victoria: A Personal History, 497). We know, of course, that a lock of John Brown’s hair was among that private list of precious things with which the Queen was buried according to her own strict instructions. I discovered that Queen Victoria even owned a locket thought to contain the hair of Edward IV, discovered at Windsor in 1789 which once belonged to Princess Charlotte, daughter of the Prince Regent. When Princess Beatrice’s husband, Prince Henry of Battenberg (‘Liko’) died, he was buried at the Queen’s wish, with ‘a locket around his neck with Princess Beatrice’s hair’ (cit., Ibid, 496).

One of the last lockets which the Queen ever received was a personal gift in 1900 from Princess Mary, Duchess of York, in the shape of a chased gold padlock. The Queen had in fact, given a gold locket set with a red cabochon heart, to Princess Mary when she was a child at Osborne, so it was an understood mutual language of lockets and affection.

This particular ornament allows new insight into the Queen’s relationships and family, and it repeatedly emerges in journal entries as a royal gift both given and received. Clearly I think, it is an item of jewellery which Queen Victoria loved.