Queen of Bhutan launches national actions for the environment 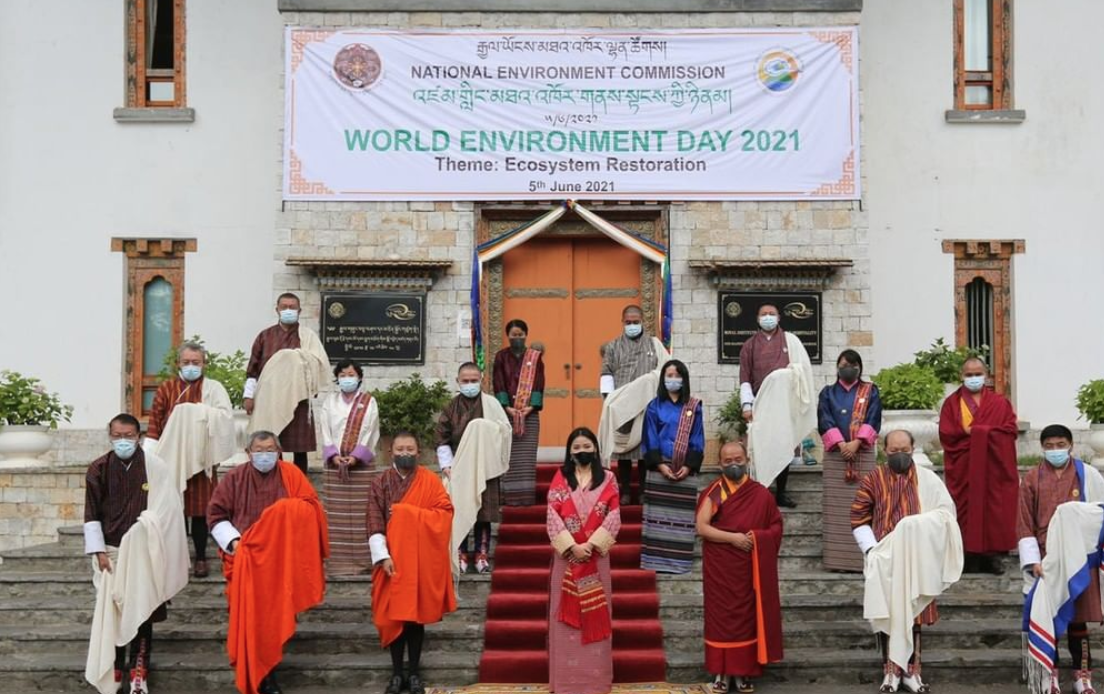 Queen Jetsun Pema of Bhutan launched four national actions on Saturday to mark World Environment Day, which this year has the them of Ecosystem Restoration.”

Representatives from the new national actions thanked Her Majesty for her support as the Royal Patron for the environment. They also wished her a happy birthday; Queen Jetsun Pema, whose official title is The Gyaltsuen meaning Dragon Queen, celebrated her 31st birthday on Friday.

The Queen was joined by the Chair of the National Environment Commission (NEC), the NEC Secretariat and official representatives from the national action sectors. All those in the limited attendance wore masks due to the current health situation.

The entire country of Bhutan marks World Environment Day from offices and schools to the private sector.

Queen Jetsun Pema is a large supporter of environmentalism, and in 2019, she launched the “Zero Waste Hour” project with the aim of having zero waste in Bhutan by 2030.

The Queen is married to the reigning monarch, King Jigme Khesar, since 2011. Together, they have two sons, Crown Prince Jigme Namgyel (b. 2016) and Prince Ugyen Wangchuck (b. 2020).