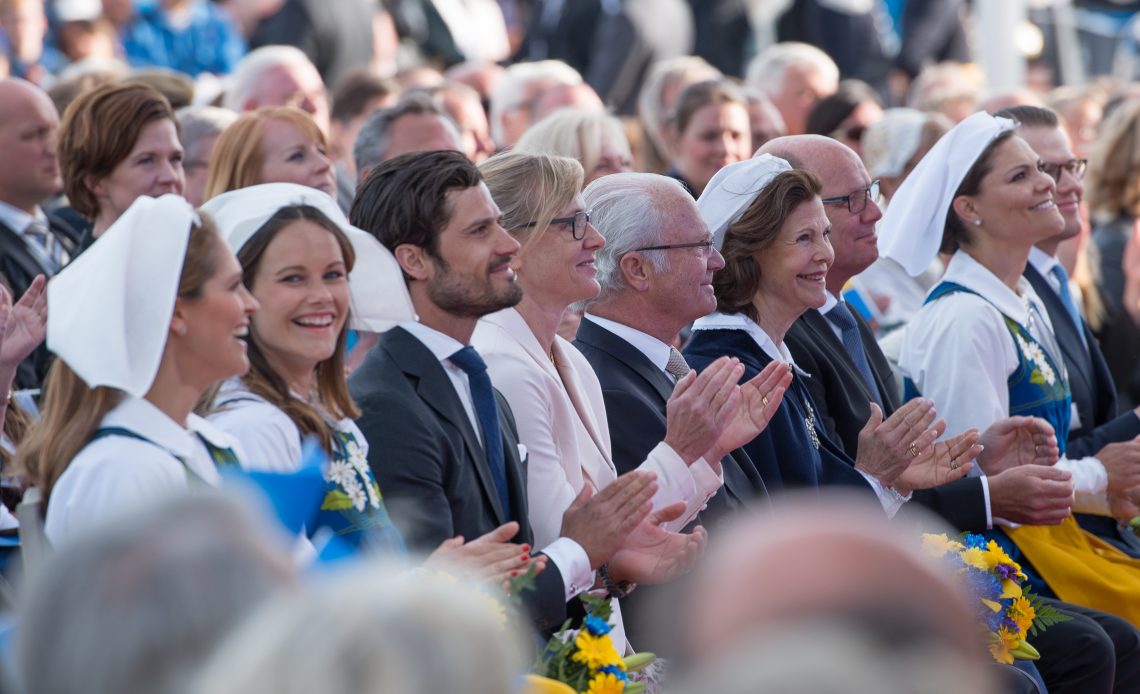 On 6 June, Sweden celebrates its National Day or “Nationaldagen”. This is, of course, a significant day for the Swedish Royal Family as they step out in full force to join in the celebrations. Just like last year, this year’s National Day celebrations are scaled back due to the ongoing pandemic. But let’s take a look at how National Day is usually celebrated.

On the 6th of June, the Swedes remember the election of King Gustaf Vasa in 1523, which is considered the moment on which modern Sweden was founded. On this day, the country officially split from Denmark, and Sweden became an independent state. It was only in 1983 that this day was chosen as the National Day by the parliament (Riksdag).

On the morning of the National Day, the Swedish Royal Court releases new pictures of Crown Princess Victoria’s children, Princess Estelle and Prince Oscar. The children are dressed in traditional costumes designed by their grandmother Queen Silvia and are usually pictured in the gardens of their home, Haga Palace. Along with the pictures, the Royal Family wishes all Swedes a happy National Day!

The National Day begins with a member of the Swedish Royal Family welcoming the public to the Royal Palace. The public is then invited to come through the gates of the Southern Vault. On National Day, the citizens can visit the Royal Palace of Stockholm with free admission. There are different activities for children; there is music, food and information stands regarding, for example, the World Childhood Foundation, founded by Queen Silvia.

Meanwhile, the King and Queen visit a city or region in the country. There, they usually get a tour through the town and visit local businesses. This is usually followed by attending a ceremony to welcome new Swedish citizens. Their morning ends with lunch, and they return to Stockholm. At the same time, Crown Princess Victoria and Prince Daniel are also out and about on an official visit. In 2019, the couple attended a concert at Haga Park; in 2016, they attended a citizenship ceremony, and in 2017, they visited Järfälla and joined in the celebrations. In the afternoon, they travel back to Stockholm for the next stage of the National Day celebrations.

In the late afternoon, the Swedish Royal Family gathers at the Royal Palace of Stockholm. The horses and carriages are prepared to escort the Royal Family to the National Day concert at Skansen. The King, Queen, Prince Carl Philip and Princess Sofia usually sit in the first carriage. In the second carriage, Crown Princess Victoria, Prince Daniel, their children Princess Estelle and Oscar are joined by Princess Madeleine and her husband, Chris O’Neill. Before their arrival to Skansen, a nanny picks up Prince Oscar to bring him back to the Palace as the young Prince is too young to sit through the entire concert. At the concert, there are musical performances by all kinds of groups and singers from Sweden. The Speaker of the Riksdag gives a celebratory speech, and the King hands out banners and flags to associations and organisations.

After the celebrations at Skansen, the King and Queen greet invited representatives of parliament, government, and members of the diplomatic corps at a reception at the Royal Palace. The King and Queen are supported by their children.

The day officially ends with a small concert by the Army Music Corps at Logården.