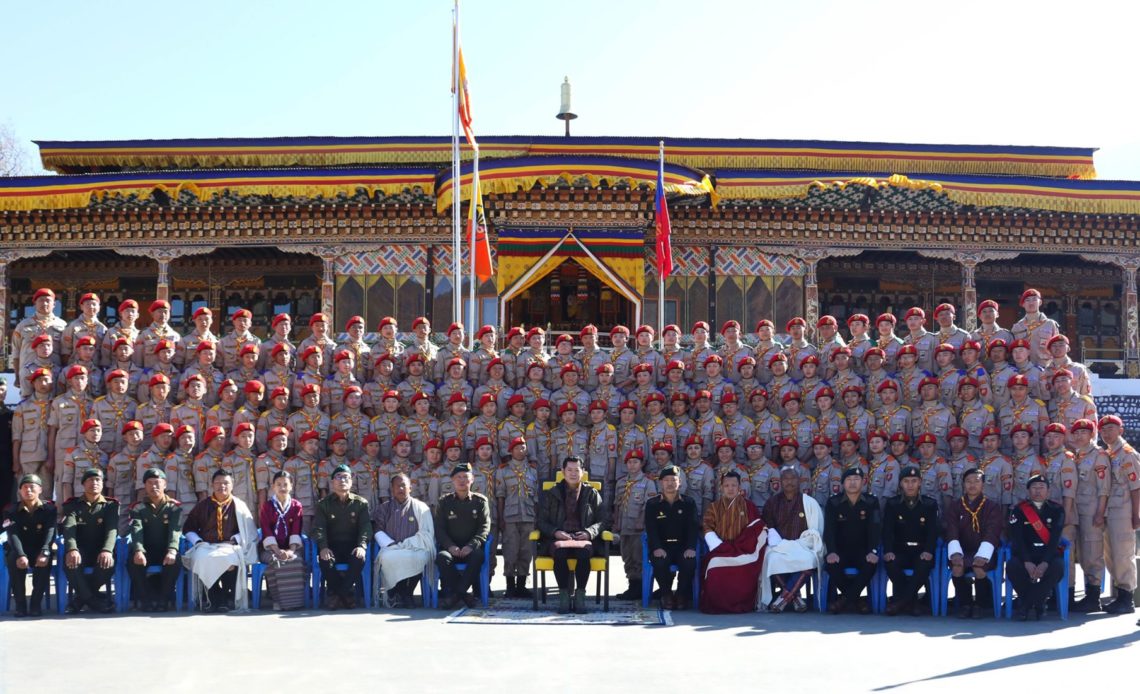 The King congratulated those participants who had been selected to take part in the leadership training and thanked them for taking part in the programme during their holiday.

The three-week training, which began on 23 December, had 63 girls and 62 boys participating. The Royal Office for Media explained about the programme, “The scouts are class 10 students selected from their various dzongkhags across Bhutan. The programme includes physical training, rescue, aid, and disaster management skills training, and classes on values, teamwork, etc.”

They further explained, “The Scouts Leadership Programme, which includes one in summer for class 12 students, was initiated as part of an overall exercise to revitalise and strengthen Scouting in Bhutan, by the Department of Youth and Sports, following Royal Command that the large number of scouts and their spirit of voluntarism, created fertile opportunity to equip and empower children to strengthen themselves and serve their communities and country.”

This summer programme has the top five students from Class 12 receive a scholarship from the King. In total, 25 students have been granted this scholarship and have travelled overseas to attend university or post-secondary schooling.

His Majesty recently announced on Bhutan’s National Day last month that he and his wife, Queen Jetsun Pema are expecting their second child, due in the spring. The couple shares a son, the Crown Prince, Jigme Namgyel Wangchuck, who was born in February 2016.