King of Bhutan attends parade for recruits of army 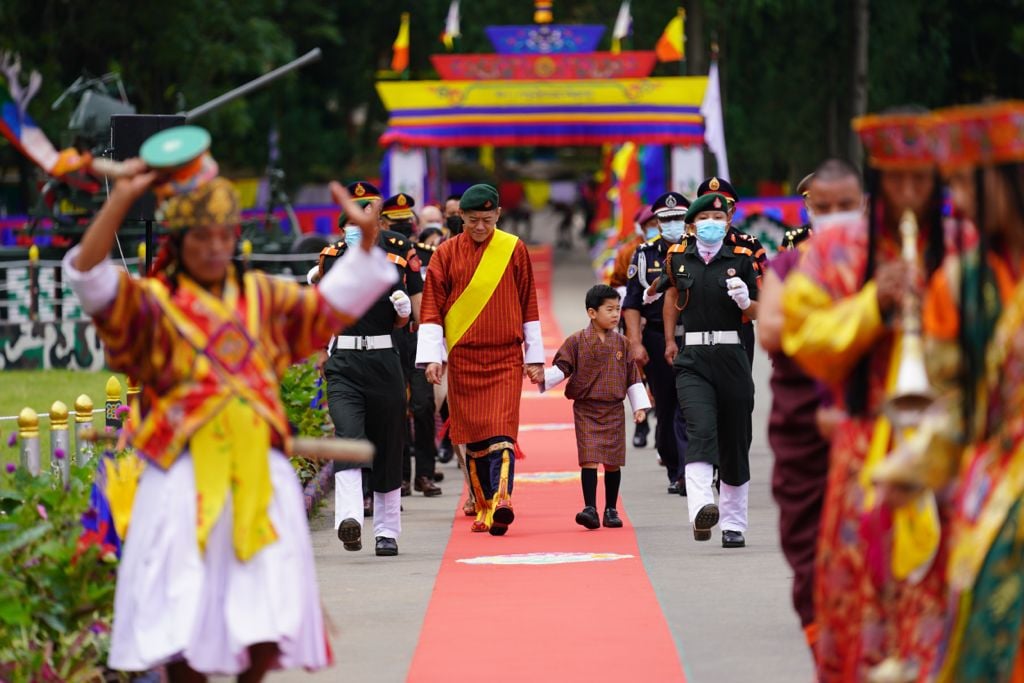 The King of Bhutan, Jigme Khesar, attended the Attestation Parade of the 77th group of recruits to the Royal Bhutan Army at the Military Training Centre on Thursday. He was accompanied by his wife, Queen Jetsun Pema, and their eldest child, Crown Prince Jigme Namgyel, in Tencholing.

Also in attendance was the Prime Minister of Bhutan and the Chief Operations Officer of the Royal Bhutan Army.

This parade was particularly special as it marked the first group of women to be trained in the Army – a milestone for the small Asian kingdom.

His Majesty addressed the recruits, telling them, “We take this opportunity to remember all the men and women who have ever served in the armed forces and express our gratitude to them as well as to those who are currently in service.

“The Armed Forces have always served the country and people with steadfastness, enduring all manner of hardships in the line of duty.”

The King also praised the work of the military, who had to step up and train many De-suups to help empower the youth to help their country as the pandemic ravaged the world.

He also stressed to the recruits: “As we look to the future, our collective goal is to safeguard our sovereignty and ensure the peace and security of our people and nation for all times to come.”

King Jigme Khesar also spoke of his responsibility to the military: “For my part, I consider it my responsibility to always give you support, recognition, protection, and care. I have pledged to support you for all times to come. In return, I ask that you serve our nation and people with loyalty and exceptional commitment.”

He concluded by saying: “This is a proud moment for all of us, a moment that will never be forgotten. As we celebrate this new chapter for the Armed Forces, I wish you Tashi Delek.”

The King has been on the Bhutanese throne since the abdication of his father in 2006.