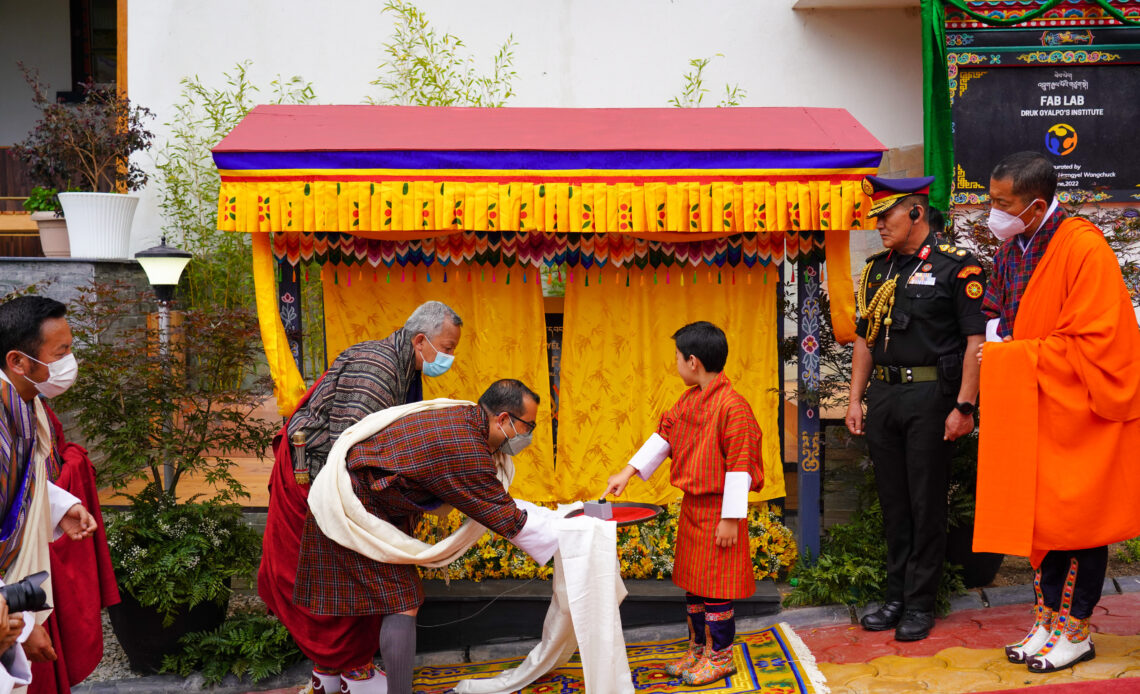 The Crown Prince of Bhutan has undertaken his first solo engagement on his mother, Queen Jetsun Pema’s 32nd birthday.

The Gyalsey, as he is known in Bhutan, opened the Jigme Namgyel Wangchuck Super FabLab (SFL) at the TechPark in Thimphu and the FabLab network, the latter of which is only the third of its kind in the world.

The former was built by the Druk Holding and Investments, the Royal Society for STEM Education, and the Center for Bits and Atoms, MIT. The U.S. State Department, through the Bhutan Foundation in Washington D.C., is sponsoring the project.

The six-year-old was given a tour of the locations and unveiled a plaque for the opening showing his name and the date of the inauguration.

The SFL is managed and operated by the InnoTech Department of DHI, and the FabLab is managed by different institutions based on its locations.

The FabLab will be located in three additional locations: Druk Gyalpo’s Institute in Pangbisa, Paro; Jigme Wangchuck Power Training Institute (JWPTI) in Gelephu; and the Bio FabLab at the College of Natural Resources (CNR) in Lobeysa. They are being funded by the Royal Government through the Ministry of Labour and Human Resources. The Gross National Happiness Commission is also providing support.

The SFL is the second lab outside of the United States and has state of the art fabrication equipment, providing the Bhutanese with the opportunity to access robotics, 3D printing and scanning and many other digital fabrication equipment to turn their ideas into reality.

The FabLab was developed by the Massachusetts Institute for Technology (MIT) in the U.S. and allows people to build many things through computer tools and machines.