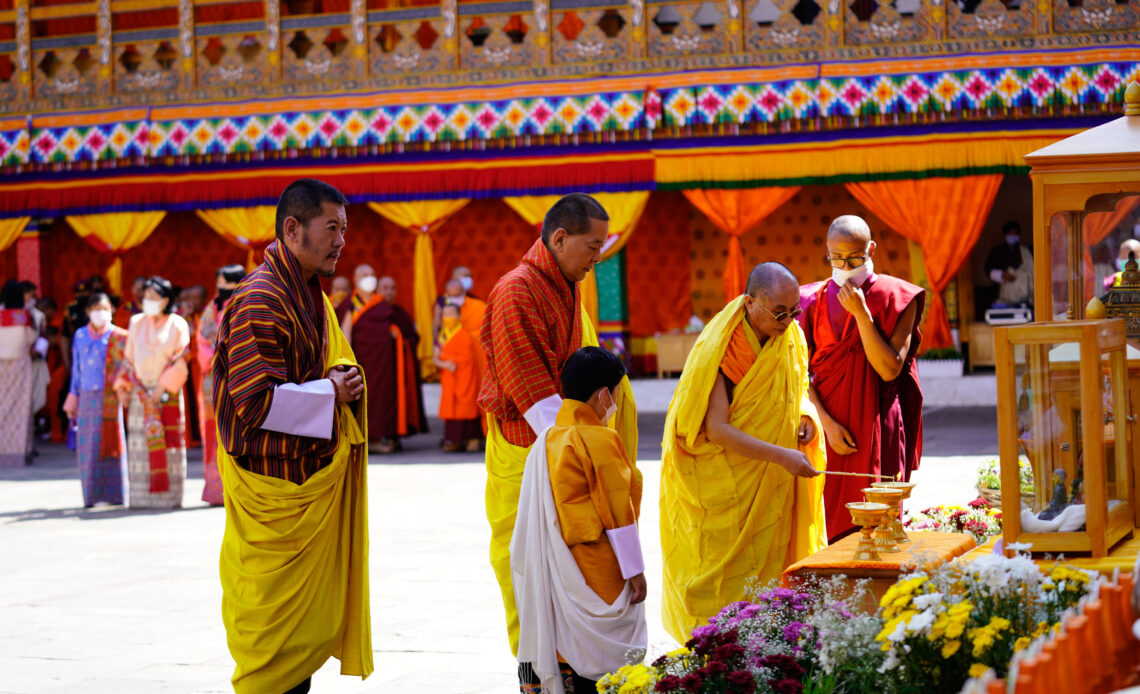 The Bhutanese Royal Family has marked the 400th anniversary of the Central Monk Body’s founding with a prayer ceremony.

The royals marked the day, which falls on 11 May, at Punakha Dzong. King Jigme Khesar, Queen Jetsun Pema, Crown Prince Jigme Namgyel and Prince Ugyen Wangchuck were in attendance. They were joined by emeritus King Jigme Singye Wangchuck and other members of the Royal Family.

Chief Abbot and head of the Central Monk Body of Bhutan, His Holiness the Je Khenpo, led the prayers.

The Royal Office for Media in Bhutan released several images to the media after the ceremony, with the two young princes showing off their sweet brotherly bond. There’s another photo representing the past and future of the Bhutanese monarchy with King Jigme Singye Wangchuck pictured with his hands around his grandson, Crown Prince Jigme Namgyel’s shoulders.

The 11 May anniversary honours Zhabdrung Ngawang Namgyel, the founder of the Bhutanese nation.

Zhabdrung Ngawang Namgyel founded the Central Monk Body, also known as the Zhung Dratshang, in 1622. He created the first Buddhist order in Bhutan and the religious-secular governance system that unified the country. Additionally, he was responsible for the building of some of the most important dzongs in Bhutan – including the Punakha Dzong, where the ceremony on 11 May took place.