Who was Margaret Rhodes, one of The Queen’s closest friends? 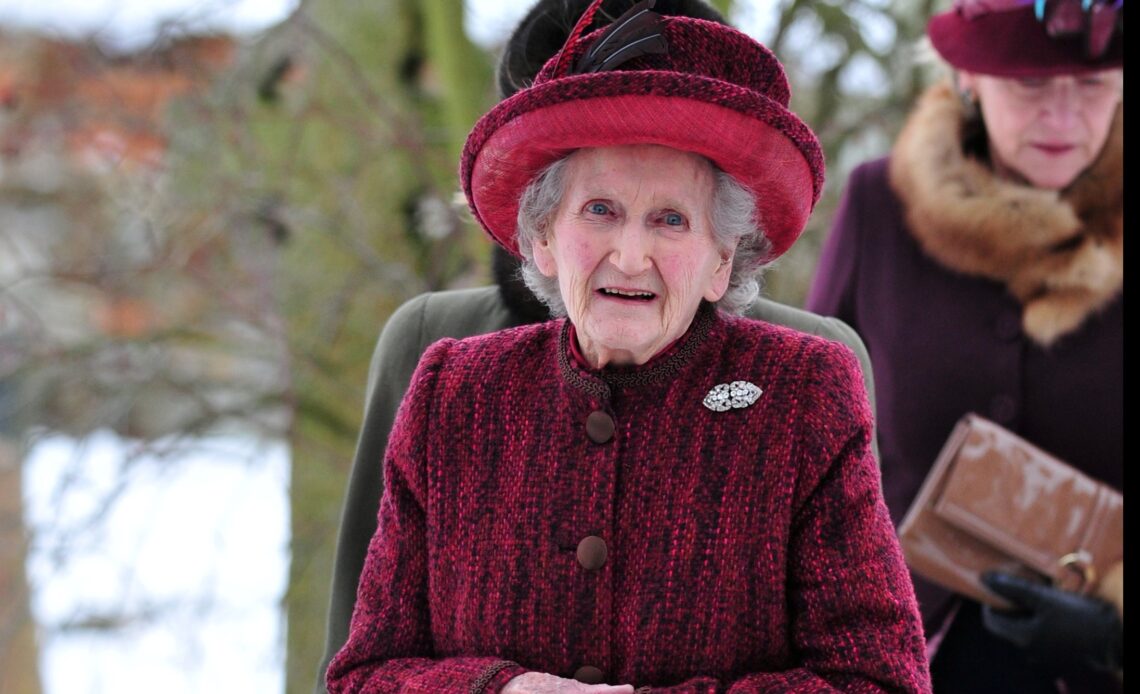 Queen Elizabeth II is undoubtedly the most famous monarch in the world and one of the most photographed women of all time. Along with The Prince of Wales, The Duchess of Cornwall, and The Duke and Duchess of Cambridge, The Queen is instantly recognisable the world over. Much has been written on The Queen’s father, paternal grandparents and great-grandparents. But far less has been written about The Queen’s family on her mother’s side, the Bowes-Lyons.

The Queen’s mother, Lady Elizabeth Bowes-Lyon, married Prince Albert, Duke of York, in 1923. Albert became King after the abdication of his brother Edward VIII in December 1936.

One of The Queen’s closest friends was her cousin, Margaret Rhodes. Margaret was the daughter of Lady Mary Bowes-Lyon, elder sister of The Queen Mother, and the 16th Lord Elphinstone.

Margaret Rhodes was born in London on 9 June 1925. Being so close in age to The Queen and Princess Margaret, Margaret Rhodes spent a lot of her childhood with the two princesses, even staying at Windsor Castle with them during World War II. Margaret served as a bridesmaid at the 1947 wedding of then Princess Elizabeth to Prince Philip.

During the war, Margaret worked at MI6 as a secretary in the department responsible for coordinating field agent activity in the Middle East. When interviewed for The Telegraph in 2011, Margaret said: “The King used to tease me, trying to get me to tell him things that were going on, knowing that I couldn’t say.”

Margaret encountered many of the world’s most famous people due to her proximity to the Royal Family. And some of those encounters were quite unusual: in her best-selling 2011 memoir, The Final Curtsey, she recalls sitting next to Emperor Haile Selassie of Ethiopia during a banquet being held in his honour at Windsor Castle. The Emperor spoke French but not much English, so The Queen sat Margaret next to him since she knew French well. It seemed strange, Margaret wrote, “to be seated in one of the oldest inhabited British castles, speaking French to an African Emperor.” Other prominent figures she encountered included Sir Winston Churchill, the Dalai Lama, and Nelson Mandela. Margaret served as a Woman of the Bedchamber to her aunt The Queen Mother from 1991 to 2002.

Margaret and Denys had a love of travel, especially to remote outposts in Africa, Asia, and the Middle East. On one such occasion, they found themselves in danger. They travelled to the Himalayas in 1963 to attend the wedding of the Crown Prince of Sikkim. It was there they received an invitation to visit the remote Kingdom of Bhutan, where they were arrested during an attempted coup that almost toppled the reclusive kingdom. After a dangerous ten-hour drive over mountainous terrain to the Indian border, they were detained by armed troops after it was decided that one of the Prime Minister’s aides could not leave. Eventually they were all released on the orders of the King of Bhutan.

Margaret Rhodes was appointed a Lieutenant of the Royal Victorian Order, which recognises personal service to the monarch, in the 2000 Birthday Honours list.

Buckingham Palace announced on 27 November 2016 that Margaret Rhodes died aged 91 on 25 November. Her funeral was attended by senior members of the Royal Family, including The Queen and The Duke of Edinburgh.