Who is Lady Margarita Armstrong-Jones? 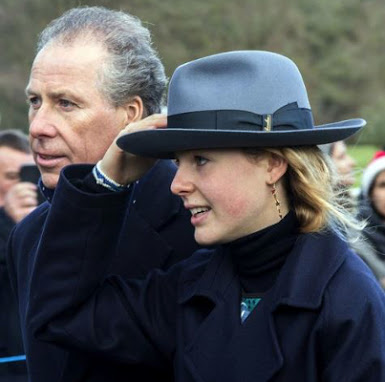 Lady Margarita and her father (By LexLadyOfTheNorth - Own work, CC BY-SA 4.0 via Wikimedia Commons)

Lady Margarita Elizabeth Rose Alleyne Armstrong-Jones is the daughter of David, 2nd Earl of Snowden. She was born on 14 May 2002, like many of the modern royals at the Portland Hospital; her first two names reflect her grandmother, Princess Margaret, and her paternal great-grandmother Queen Elizabeth, the Queen Mother. Both sadly passed just before her birth, the name Rose was apparently picked by her elder brother, Charles, and Alleyne is a family name from her mother’s side.

She currently attends Tudor Hall School near Banbury, quite close to the Daylesford Estate in Gloucestershire where her parents rent a cottage. Perhaps her most public engagement to date was just before her ninth birthday when she was one of the bridesmaids for her second cousin Prince William when he married Catherine at Westminster Abbey. Who knows, she may be heading for another outing as a bridesmaid soon? In 2012, she attended with her parents and elder brother a service of thanksgiving at Windsor for her late grandmother, Princess Margaret, and later the Thanksgiving Service in St Paul’s Cathedral in honour of the Queen’s Diamond Jubilee.

Her father, has, for many years, made and sold bespoke furniture, as well as lecturing on the subject all over the world. We can only contemplate whether Lady Margarita has had her own bespoke doll’s house growing up – if she did no doubt her dad made sure all the furniture was of the highest standard and no doubt took great pride in making it.

Lady Margarita is currently 23rd in line to the throne, preceded by her father and brother; the three of them are the first in the order of succession who are not direct descendants of The Queen.