What difference will any government changes to weddings mean for Princess Beatrice? 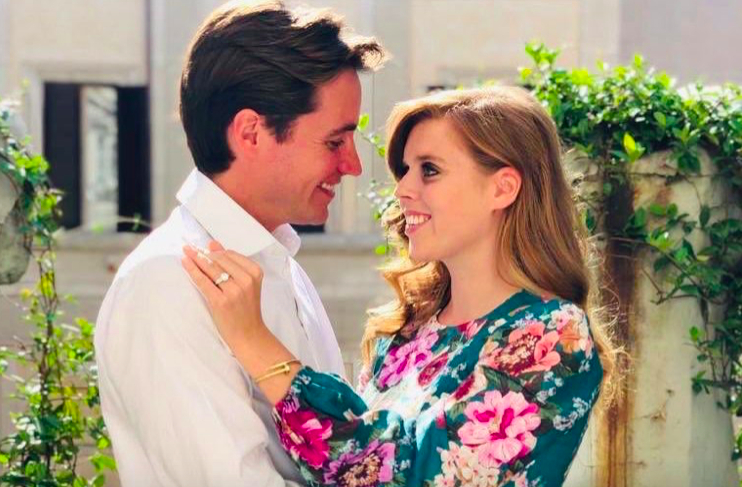 The UK government could allow small weddings to take place in England as they continue to review lockdown restrictions put in place because of the coronavirus pandemic. However, the change to the current ban on marriages won’t take effect until June 1st 2020 at the earliest – too late for Princess Beatrice of York’s plans.

Beatrice was set to wed her fiance, Edoardo Mapelli Mozzi, on May 29th at St. James Palace in London. However, the potential relaxation of restrictions for marriages would be two days too late for this royal bride.

It’s a moot point anyway. Sarah, Duchess of York, in an exclusive interview with Royal Central in April, said that the wedding was off. And Beatrice and Edoardo are marrying in a Church of England ceremony – the possible lifting will apply to civil weddings as places of worship won’t be allowed to reopen again until the start of July at the earliest under the new government plans.

Beatrice, like other brides, also faced a tricky question over the calling of banns. The Church of England requires banns to be called at a public service for three Sundays before the marriage. As of last Sunday, it would have been impossible for the princess and her future husband to complete that requirement in time for their celebration.

It’s not yet known when Beatrice, who is ninth in line to the throne, will reschedule her wedding for. With only small ceremonies being spoken about in this potential change, the chances of the princess marrying in the summer look slim.

If life in the UK returns to what was once called normal by September, there is a chance that Beatrice could become an autumn bride like her sister, Princess Eugenie, though given the logistics of planning a royal wedding, it is unlikely she will rush for a new date. The most likely prospect remains setting a spring date for 2021 and following the pattern of her planned nuptials for this year with a ceremony at the Chapel Royal, St. James’ Palace followed by a reception in the grounds of Buckingham Palace.

However, reports that the Queen will be staying at Windsor Castle for the forseeable future and is overseeing plans to pass more royal duties to other members of the Royal Family should older people be required to continue self isolating for a prolonged period might lead to a switch in location. Eugenie married at St. George’s Chapel, Windsor as did Beatrice’s cousins, the Duke of Sussex and Peter Phillips. A Windsor wedding remains a possibility as Beatrice continues to plan her special day all over again.