What an engagement interview revealed about a future queen 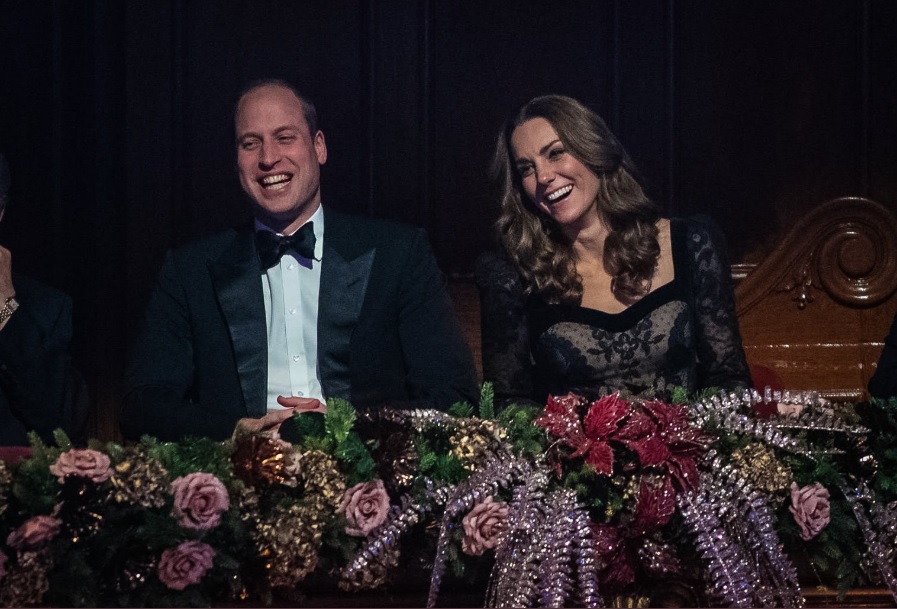 When Prince William and Kate Middleton announced their engagement on 16 November 2010, it was the first time the world had officially heard from the future royal.

In an interview with ITV News’s Tom Bradby that aired that evening on the news, Kate opened up about her life and love of family, her hopes for how she’d carve out her own royal path, and quashed the long-held rumour that she’d had a poster of William on her wall growing up.

Bradby asked Kate what her first impression of William was, with the future duchess revealing, “I think I went bright red when I first met you and sort of scuttled off, feeling shy about meeting you.”

She revealed that because William had not attended Freshers Week at St. Andrew’s University, that it took a while for them to meet and get to know each other, but “we did become very close friends from quite early.”

“There’s a story that goes around that you had a picture of him on your wall,” Bradby said, to which Prince William joked, “There wasn’t just one, there was about 20.”

Kate denied the rumour, revealing some quiet humour, “He wishes. No, I had the Levis guy on my wall, not a picture of William, sorry.”

The couple discussed how William would cook for Kate when they were living together at university.

Kate revealed in 2019 on a Christmas programme with British baking icon Mary Berry that, “In university days he used to cook all sorts of meals. I think that’s when he was trying to impress me! Things like Bolognese sauce.”

The following year, William would include his recipe for Bolognese sauce in a charity cookbook for Centrepoint.

The couple also discussed their breakup in 2007, with Kate saying, “At the time [I] wasn’t very happy about it, but actually, it made me a stronger person, you find out things about yourself that maybe you hadn’t realised, or I think you can get quite consumed by a relationship when you are younger, and I really valued that time for me as well although I didn’t think it at the time. Looking back on it.”

The couple said that they had been planning their engagement for a while. Kate said that she was happy to take the time to see what a public life with William would entail, revealing, “I’m also glad that I’ve had the time to sort of grow and understand myself more as well so hopefully do a good job.”

“We’ve talked about today for a while, we’ve talked about this happening, so Kate wasn’t in the dark at all when we were planning it for at least a year if not longer, it was just finding the right time, and that’s what most people say about couples, it’s all about timing,” William said.

“And I had my military career, and I really wanted to concentrate on my flying, and I couldn’t have done this if I was still doing my training. So I’ve got that out of the way, and Kate’s in a good place in terms of work and where she wants to be and stuff and we both just decided now was a really good time.”

The couple also spoke about meeting each other’s families for the first time, with Kate saying that the Prince of Wales had been “very, very welcoming, very friendly” and that she’d first met The Queen at the wedding of Peter Phillips and Autumn Kelly in 2008, “and she was very friendly.”

On the Middleton Family, William said, “Kate’s got a very, very close family. And I get on really well with them, and I’m very lucky that they’ve been so supportive. Mike and Carole have been really sort of loving and caring and really fun and have been really welcoming towards me so I’ve felt really a part of the family and I hope that Kate’s felt the same with my family.”

On Diana, William’s late mother, Kate said, “Obviously I would have loved to have met her, and she’s obviously she’s an inspirational woman to look up to. Obviously on this day and you know going forward and things, you know it is a wonderful family, the members who I’ve met have achieved a lot, and you know very inspirational…”

But William was quick to jump in and say that there was no pressure for Kate to take on a Diana-like role and that there was room for her to wade in and carve her own path. “It’s about making your own future and your own destiny and Kate will do a very good job of that.”

Kate added, “It’s obviously nerve-wracking because I don’t know what I’m sort of … I don’t know the ropes, William is obviously used to it, but no I’m willing to learn quickly and work hard.”

In the time since Kate has become a member of the Royal Family, she has championed the early years in childhood development, mental health, maternal causes, arts and addiction issues. She regularly undertakes royal visits around the world on behalf of The Queen and attends major events like Trooping the Colour, the diplomatic reception, Commonwealth Day Services, and Christmas celebrations at Sandringham.

About having a family, Kate said, “Yes. It’s very important to me you know. And I hope we will be able to have a happy family ourselves. Because it’s been …they’ve been great over the years – helping me with difficult times. We see a lot of each other and they are very, very dear to me.”

William then answered that the couple wanted to get married first, focus on that, before focusing on having children. A little over 19 months after their April 2011 wedding, the couple announced that Kate was pregnant with their first child.

As the interview wrapped, Kate said, “I really hope I can make a difference, even in the smallest way. I am looking forward to helping as much as I can.”