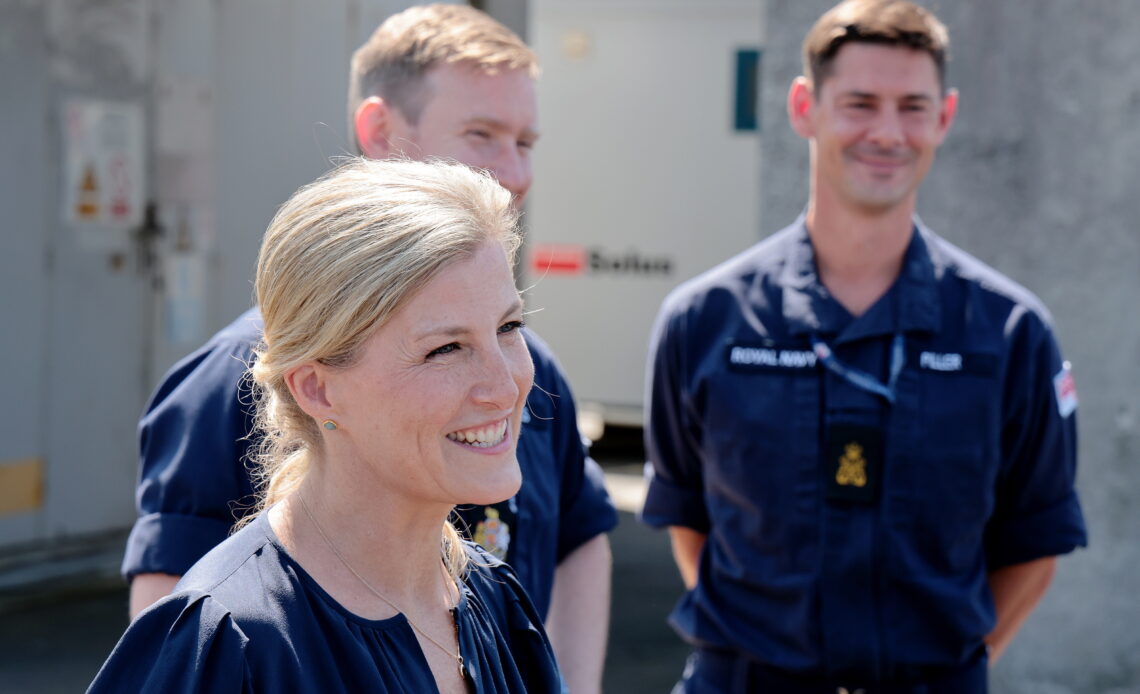 The Countess of Wessex has made a return trip to a Navy destroyer of which she is sponsor.

Sophie spent a morning touring HMS Daring as it is moored in Portsmouth for a refit.

She has been the ship’s sponsor since 2006 and has kept a close eye on its work ever since. Her last visit was in 2017 when she spent time on HMS Daring during a deployment to the Black Sea.

The Type 45 Refit Support Group, led by Lt Cdr Jason Wyatt, is regenerating Daring for frontline operations. Lt Cdr Wyatt welcomed the Countess to Portsmouth on July 20th 2021 and introduced her to many of those working on the ship.

The Countess of Wessex’s latest trip was to see the ongoing refit work which includes an overhaul of propulsion and weapon systems, upgrades to radar and communications and an overhaul of living quarters. Sophie donned full protective equipment, including safety helmet ,boots and overalls for her time on board HMS Daring.

She also met the engineers and logisticians involved in the refit.

HMS Daring is a Type 45 destroyer, developed in the early 21st century as part of the Navy’s new class of air defence guided missile destroyers.