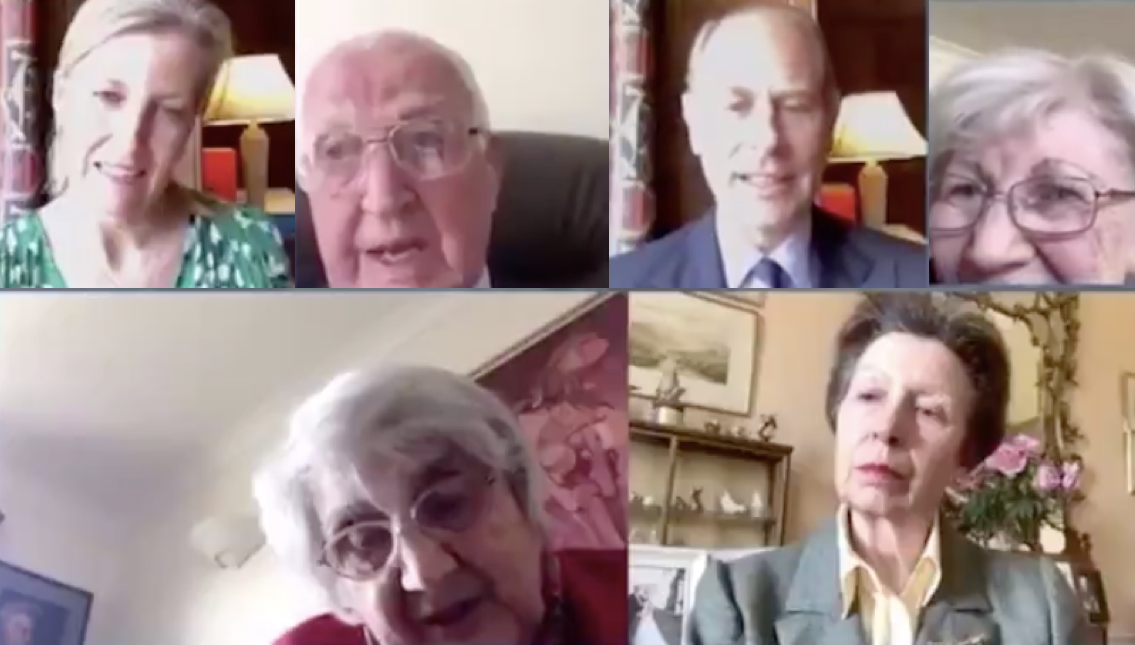 The Princess Royal and the Earl & Countess of Wessex have held a number of video-calls with World War II veterans to mark VE Day.

With big celebrations being put on hold due to the ongoing public health emergency, the Royal Family have found themselves going virtual, ensuring that the spirit of VE Day continues to be felt.

Their Royal Highnesses spoke to WWII veterans as part of a Royal British Legion collaboration, with the calls being broadcast on a special Facebook livestream.

Princess Anne spoke to Dorothy Pettican Runnicles who was a Petty Officer during the war.

As they start their chat, Princess Anne and Dorothy discover their have something in common. pic.twitter.com/nbNnYo4vI0

At the start of their conversation, the Princess realised that she and Dorothy had something in common – they both live in Gloucester.

Dorothy welcomed the Princess Royal to her house, albeit virtually, before reliving her experiences of the war and VE Day 75 years ago.

Also taking part in the initiative was the Earl and Countess of Wessex.

Ada shares her memories with Prince Edward in the video chat. pic.twitter.com/Qp3YVr87rX

Ada told the Earl her memories of VE Day, as well as details of her role in the conflict.

The Countess of Wessex meanwhile chatted with Louis Goodwin who joined the RAF aged 18.

The Countess of Wessex also spoke to Louis Goodwin who joined the RAF aged 18.

Louis told Sophie: “When I joined, I thought the war wouldn’t last that long and I would never get a flight.”#VEDay pic.twitter.com/S8x4KgoOC1

Louis told Sophie: “When I joined, I thought the war wouldn’t last that long and I would never get a flight.”

The Countess was interested in what happened 75-years ago, asking Louis how long the party lasted for afterwards.

Louis replied that they partied until around 11pm and had a few drinks, to which Sophie replied: “So it was quite civilised.”