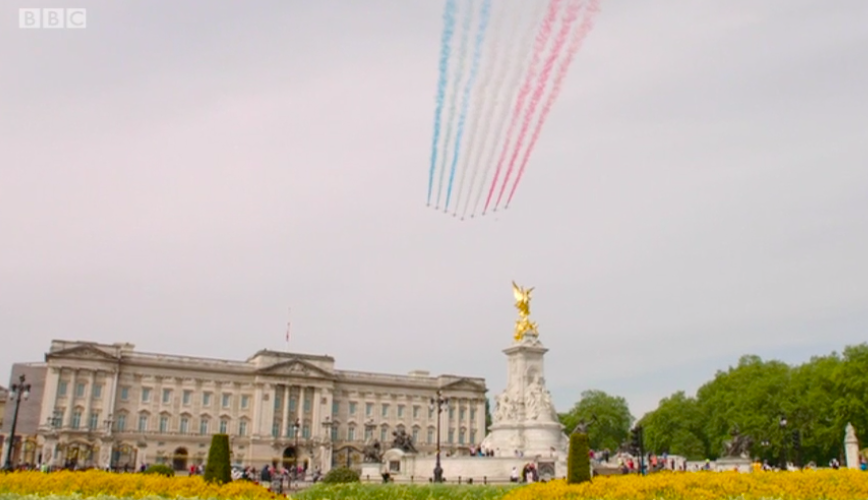 The RAF Red Arrows flew on over an eerily quiet Buckingham Palace on Friday morning to mark Victory in Europe Day.

In what was supposed to be a day of huge celebration with thousands of people lining the streets, instead the only people out to see the flypast were journalists and photographers.

It had been agreed that news of the flypast should not be made public until after the event happened. This was to ensure that crowds trying to get a good view did not gather outside.

Her Majesty The Queen is currently in residence at Windsor Castle where she is being quarantined with the Duke of Edinburgh.

To mark VE Day, Her Majesty will deliver an address to the nation on Friday evening – 75 years to the minute after her father, King George VI, made an address to mark the end of the Second World War.

Earlier in the day, the Prince of Wales and the Duchess of Cornwall led the nation in a period of remembrance.

Prince Charles laid a wreath at the Balmoral War Memorial which is located just outside of their residence, Birkhall in Scotland.

The Duchess of Cornwall also laid some flowers at the memorial which she hand-picked herself from the gardens in the Balmoral Estate.