Royals gather to commemorate 75th anniversary of liberation of Auschwitz-Birkenau 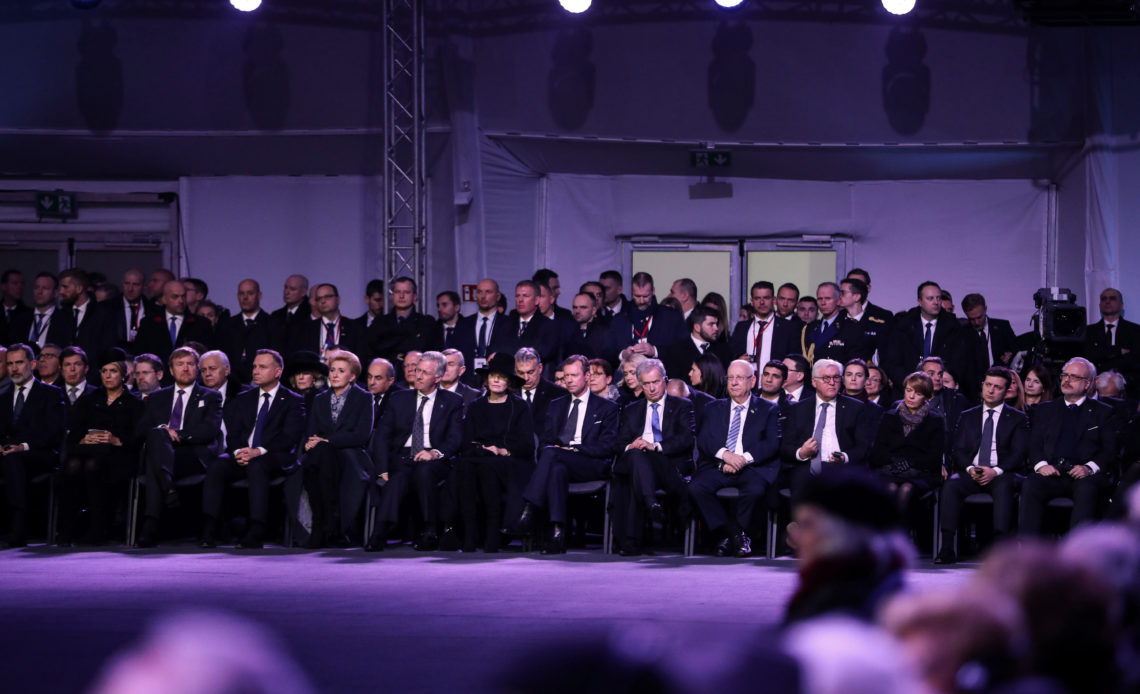 Royals from all over Europe gathered yesterday to commemorate the 75th anniversary of the liberation of Auschwitz-Birkenau in Poland, on Holocaust Remembrance Day.

Those in attendance were the Duchess of Cornwall, King Felipe and Queen Letizia of Spain, King Philippe and Queen Mathilde of the Belgians, Grand Duke Henri of Luxembourg, Crown Princess Victoria of Sweden, King Willem-Alexander and Queen Máxima of the Netherlands, and Crown Prince Haakon of Norway along with other heads of state and government representatives from across the globe.

Close to 200 survivors of the camp participated in the memorial where they, royals and other dignitaries laid candles at the International Memories in memory of the victims. Many also placed wreaths at the “Wall of Death” where the mass shootings took place before the death chambers were in operation.

The royals also signed the book of honour at the National Museum Auschwitz-Birkenau and walked 700 metres alongside the railway lines, alongside survivors and heads of state, that brought the prisoners to the camp.

The royals also spoke to the survivors, including the Duchess of Cornwall who spoke to Hannah Lewis and Renee Salt. Salt was taken to Auschwitz-Birkenau in 1944 but transferred to Bergen-Belsen later. She lives in the UK where she speaks to schools about her Holocaust experience. Lewis was in a labour camp until 1943 and now resides in London.

Salt said about the Duchess of Cornwall’s attendance, “To have the support of the Royal Family is of huge importance, not just to me, but to all survivors, and the collective memory of our country.”

The Auschwitz-Birkenau extermination camp was in Nazi-occupied Poland where a million Jews were murdered alongside 200,000 other prisoners. It was the largest concentration camp that saw 1.3 million people deported to it where they were slaughtered or starved and tortured by the Nazis. It was liberated on 27 January 1945.

The United Nations designated 27 January as an International Remembrance Day for Holocaust victims in 2005.