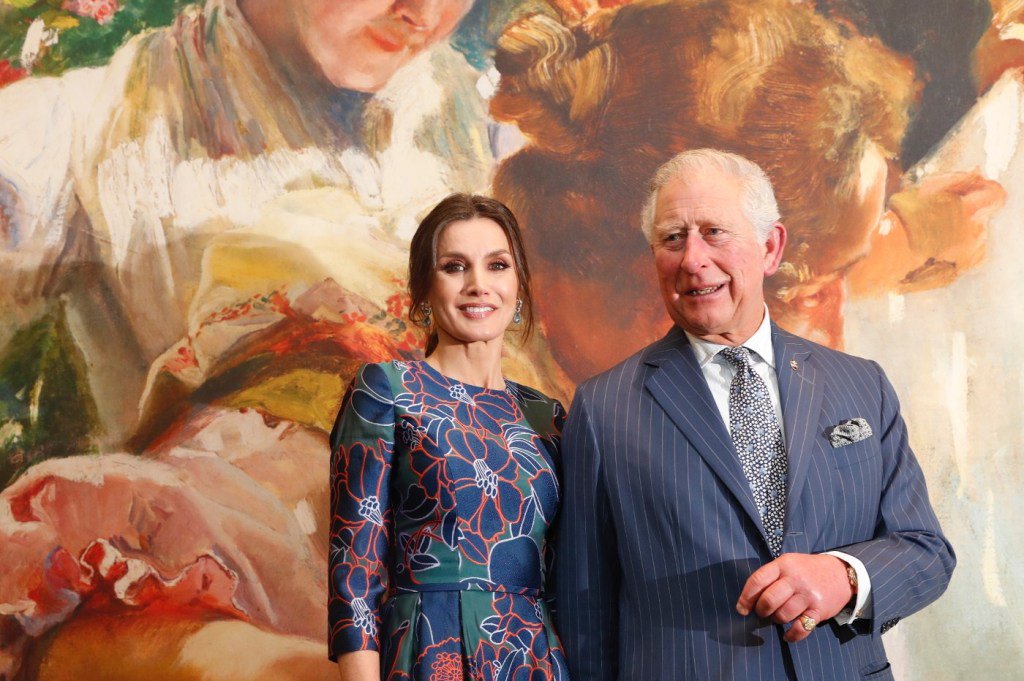 Queen Letizia of Spain has joined Prince Charles for an evening event at the National Gallery in London. Traffic delays meant that the Queen kept the Prince of Wales waiting for 20 minutes, but he did not seem to mind as he took a sneak peek at the exhibit ahead of her arrival.

On Wednesday night, the Prince of Wales and Queen Letizia were at the opening of the exhibition “Sorolla: Spanish Master of Light.” This will be the first British exhibition of the Spanish painter, Joaquín Sorolla y Bastida; the exhibit will contain over 60 works of art from Sorolla y Bastida that cover his entire career.

Casa Real stated about the new exhibition, “Installed in the exhibition galleries of the Sainsbury Wing, the exhibition brings together sixty paintings that cover the painter’s complete career, including important masterpieces lent by public and private collections from Europe and the United States. It is the first retrospective of the artist since 1908, the year in which Sorolla himself organised an exhibition at the Grafton Galleries, where he was announced as ‘the best living painter in the world’.

“Although one third of Sorolla’s works: Spanish Master of Light comes from private collections, another third is the result of an extremely generous loan provided by the Sorolla Museum, one of the most amazing small museums in Madrid, located in the house and garden that the Valencian painter designed and built for his family. The Sorolla Museum, which was created after his death at the request of the artist’s family, is part of the network of Spanish national museums.”

Charles’s first cousin, Lady Sarah Chatto, was part of the entourage that followed Her Majesty and His Royal Highness through the museum as the Queen showed Prince Charles some of her favourite works of art.

After viewing the new exhibit, the royals took part in a reception with the chairman of the gallery, Hannah Rothschild, speaking of the unity of Britain and the rest of Europe and how the Queen’s presence was an example.

“At a time when it feels like Britain is turning its back on Europe, it is particularly pleasing to see you here, Your Majesty. Art always has and always will transcend borders. British art owes a huge debt of gratitude to the Royal Family of Spain,” she remarked.

The Queen and Prince spent 15 minutes mingling with guests and donors before their visit came to an end.