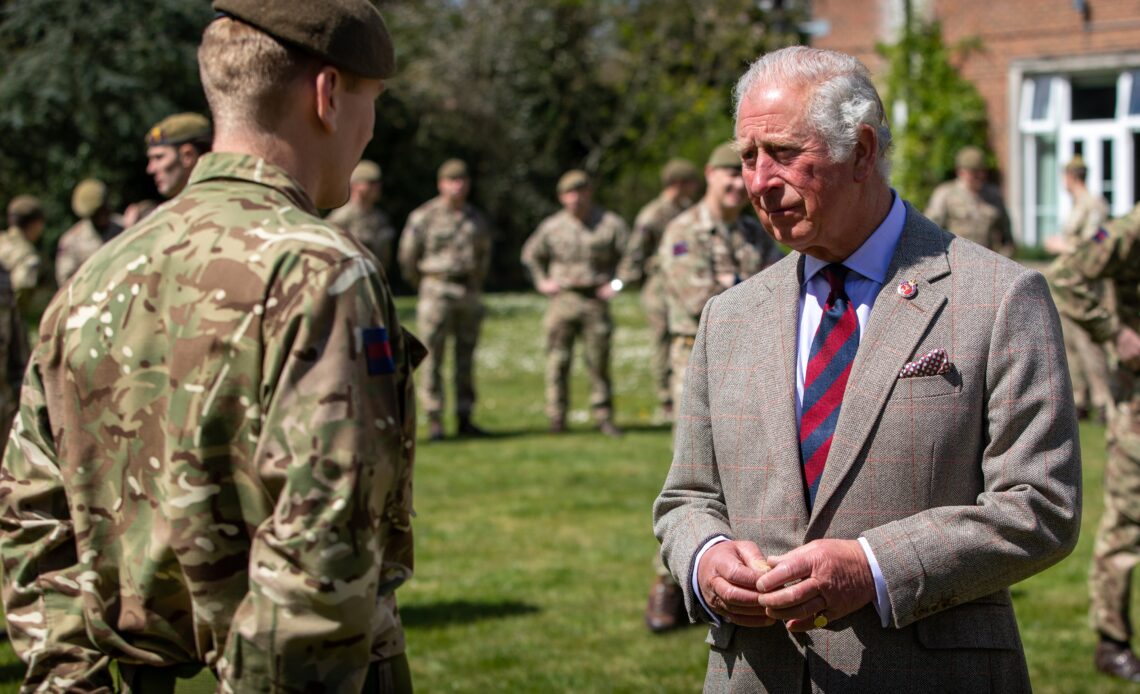 The Prince of Wales paid a visit to the Welsh Guards on Wednesday, visiting soldiers at Combermere Barracks in Windsor.

As Royal Colonel of the Welsh Guards, Prince Charles rides in Trooping the Colour for the Regiment. It is an appointment he’s held since 1975, and before that, the late Duke of Edinburgh was Colonel from 1953 to 1975.

Prince Charles’s visit began with a welcome from a Quarter Guard and meeting Lieutenant Colonel Henry Llewelyn-Usher, the Commanding Officer of the Welsh Guards. He then presented three non-operational awards to soldiers.

During the visit, Prince Charles gave an emotional speech thanking the Welsh Guards who participated in Prince Philip’s funeral last month, calling himself “enormously proud” of those who were part of the complement, and telling them about the positive comments he and the Royal Family have received about the funeral.

This was his first engagement since his father’s funeral on 17 April.

“I know my father would have been also enormously touched because he had dreamt up this particular way he wanted it done—so you did him proud,” Prince Charles said. “You certainly made your old Colonel, for what it is worth, very proud indeed.”

He added: “Of course, as you know, I followed my father’s footsteps when he was Colonel of the Welsh Guards for, I think 22 years, and he then handed over to me back in 1975, and you’ve had to put up with me for the last 46 years!

“During which time, I have managed to see the grandfathers, the fathers and now the sons, I suppose and grandsons, coming through this regiment. So, for me, it has been something very special and gives me a real sense of the family connections that this Battalion has. So from that point of view, it has been wonderful for me, and as I say, I am enormously proud of all of you.”

Prince Charles also viewed a new memorial for the Welsh Guards: the Welsh Guards Memorial Stone, which was unveiled last December and created from a stone from the Gloddfa Ganol slate quarry in Blaenau Ffestiniog.

The Welsh Guards make up part of the Household Infantry and are deployed around the world as part of the UK’s military operations. On the home front, they are also tasked with guarding the Royal Family and residences, including Buckingham Palace and Clarence House.

Clarence House noted that the Welsh Guards participated in the COVID Support Force, which mean that the officers were some of the first to participate in COVID-19 testing.

The Welsh Guards set up the first test sites and mobile testing units and then worked to create new ways of training so that they could remain compliant with coronavirus restrictions.