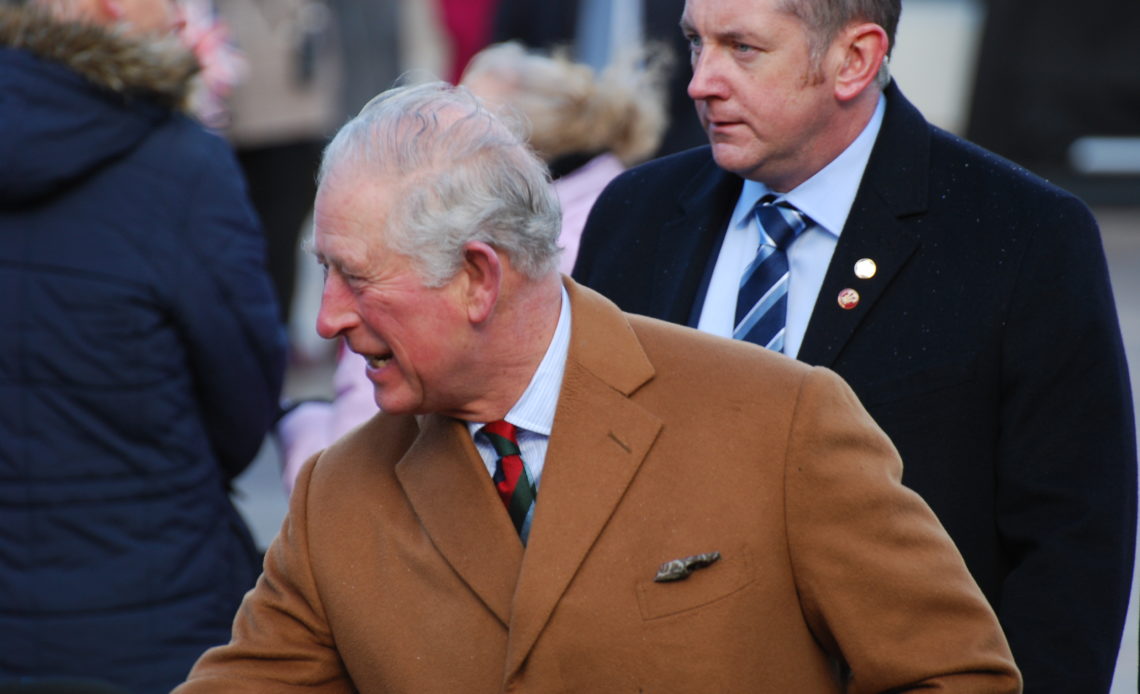 During his royal visit to Newcastle on 9 November, Prince Charles showed he was just like any other man by riding the Metro and hanging out at a local coffee shop.

The day started with the Prince arriving at the City Central Station by royal train and taking the Metro to Haymarket to mark the network’s 40th anniversary. Greeted by Her Majesty’s Lord-Lieutenant of Tyne and Wear, Mrs Susan Winfield, and Lord Mayor of Newcastle, Coun Habib Rahman, the Prince met with LNER workers who helped to keep the train network running during the global health crisis.

Before departing, he spoke to Nexus staff, the public body which owns and operates the network, and was shown a Metro in wool knitted by Nexus community heroes. On his way out, the Prince greeted some surprised passengers who thought they were having a “normal” breakfast at the popular coffee shop, Costa.

Ashley Leigh and Lee Spencer, from Gosforth, were some of the surprised passengers. The two were in town with their two-month-old daughter Reeva. Ashley said: “He asked how old she was and if she was our first. It was a nice surprise to see him. We just saw all the police gathering, and people were saying it would either be Boris [Johnson] or Charles.”

The visit comes 40 years after the Prince’s mother, The Queen, opened The Gateshead to Newscastle line in November 1981. The monarch, who was accompanied by the Duke of Edinburgh at the time, travelled on the Metro to Gateshead, where she unveiled a plaque. While in town, she also dedicated the new Queen Elizabeth II Metro bridge, the sixth bridge over the River Tyne. To mark the occasion of the 40th anniversary, the Prince unveiled a new plaque Tuesday.

After arriving in town, the Prince of Wales was joined by pop star Cheryl at the Newscastle base of The Prince’s Trust, which opened there years ago. Tuesday’s visit marked the first time the 38-year-old, who is an ambassador for the Trust, visited the centre with the royal. The pair smiled as they chatted and handed out certificates to graduates of the team program.