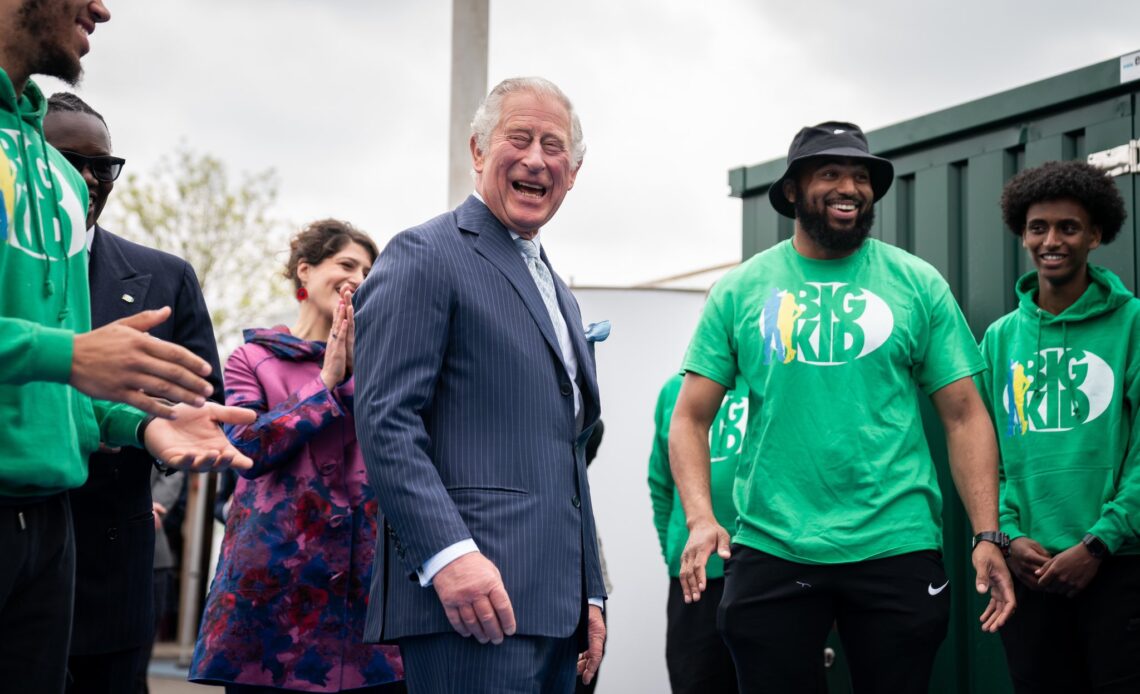 The Prince of Wales made social inclusion the main focus of his visit to Brixton where he inspected a new adventure playground being built for Brixton’s young residents.

The future king examined designs for Dexters Adventure Playground which is an upcoming project of the local charity, the BIGKID Foundation. The youth centre and play area are in the heart of Brixton and were given to the foundation by Lambeth Council on the condition it be used for social impact. Already, it is helping 100 plus children a week from significantly disadvantaged backgrounds. Formed in 2008, the BIGKID foundation helps young people at the risk of social exclusion and youth violence take control of their lives, and develop to their fullest potential. This is done through a series of community engagement, mentoring, and leadership programming.

Besides overseeing the playground, the Prince saw some of the other activities and services offered by the foundation. This included a round of American football with some of the children. He also chatted with those working at Maureen’s Food Truck. The truck gives young people an opportunity to learn how to cook. Being offered some of the culinary delights, he asked for a doggie bag for takeaway: “I’m not sure I can eat again so soon after breakfast but may I take some with me to try for lunch?”

After seeing the different activities and services offered, the Prince sat down for a discussion on the challenges young people in Brixton face, particularly with social anxiety following the global health crisis. One participant told the Prince that young people often felt isolated from their friends and family. To which the Prince responded: “A lot of it is about how to encourage and install confidence, I think.”

He went on to address his youth days at Gordonstoun in Scotland where students were encouraged to either join the fire service or coastguard, which he joined the latter: “Being a teenager is such a difficult time and being left to your own devices makes it even more difficult.”

During the conversation, the topic of lack of vocation options at the school was brought up as several people raised concerns about them. “There is this lack of vocational education in schools, workshops etc. Not everyone is academic. They get frustrated that they get pushed down one tube [but] everyone is different,” said the Prince.

Before the visit finished, a tree was planted in honour of the visit. The Prince of Wales’s Charitable Fund (PWCF) supported the BIGKID Foundation in 2016 and 2018 with financial grants.