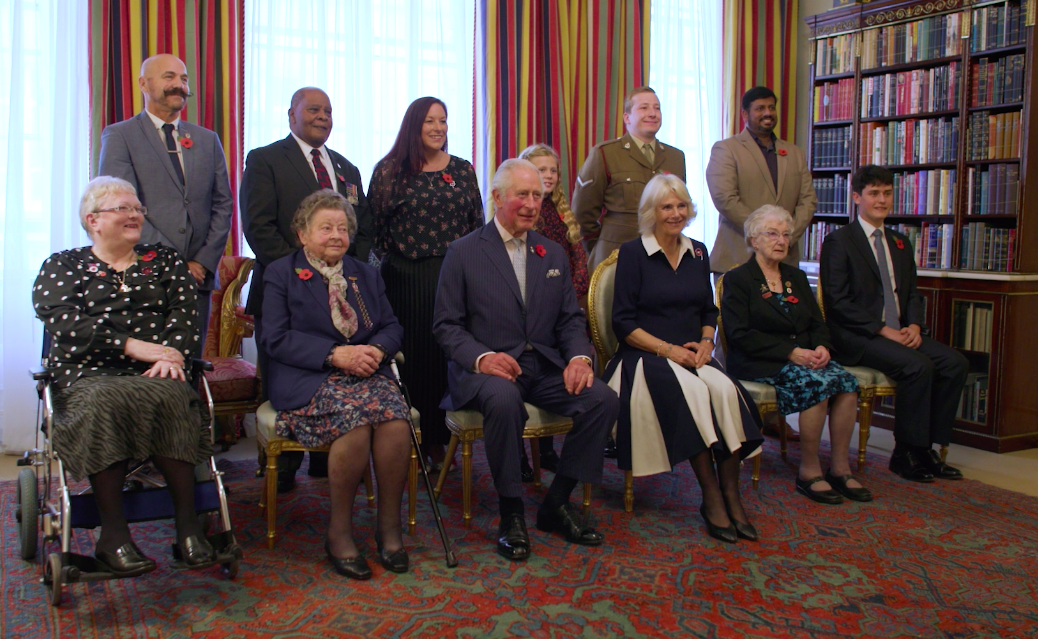 The Prince of Wales and the Duchess of Cornwall have helped launch the Royal British Legion’s Centenary Poppy Appeal on Wednesday, hosting a reception for 10 generations of poppy collectors at Clarence House.

During the reception, Prince Charles and Camilla met 95-year-old Jill Gladwell, who began collecting the Legion’s poppies during the Second World War, and inspired the younger generations of her family to do the same.

Jill was herself inspired to collect poppies from her mother, who started collecting in the ‘20s, and became a Poppy Appeal Organiser.

Speaking of her experience, Jill said: “I started collecting when I was 14 in 1940, and even then, I knew the Poppy Appeal was important to the wounded men who had fought for the country and for peace. My father followed the Legion’s motto ‘Service not self’ and I’m so happy to be back out collecting to support the Armed Forces community and their families this year.”

The youngest poppy collector, Maisie Mead, is a 10-year-old who started collecting when she was four, and who wants to support the Poppy Appeal in honour of her father, who was injured in the line of duty, and other soldiers like him.

“The significance of the poppy is as relevant today as it ever was, while our Armed Forces continue to be engaged in operations overseas and often in the most demanding of circumstances.

“The simple act of wearing a poppy is only made possible because of volunteer Poppy Appeal collectors who share a common goal – to recognise the unique contribution of the Armed Forces community.

“Last year, for the first time in its history, the R.B.L. had to withdraw its collectors from the streets, owing to the pandemic. This year, we warmly welcome the return of Poppy Appeal collectors to our communities.

“My wife and I are immensely proud to launch the Poppy Appeal in this seminal year and we invite the nation to come together and, once again, wear a poppy in support of our Armed Forces community. After all, every poppy counts.”

The Royal British Legion Poppy Appeal began in November 1921 as a means to help veterans of the First World War secure housing and employment following the war.