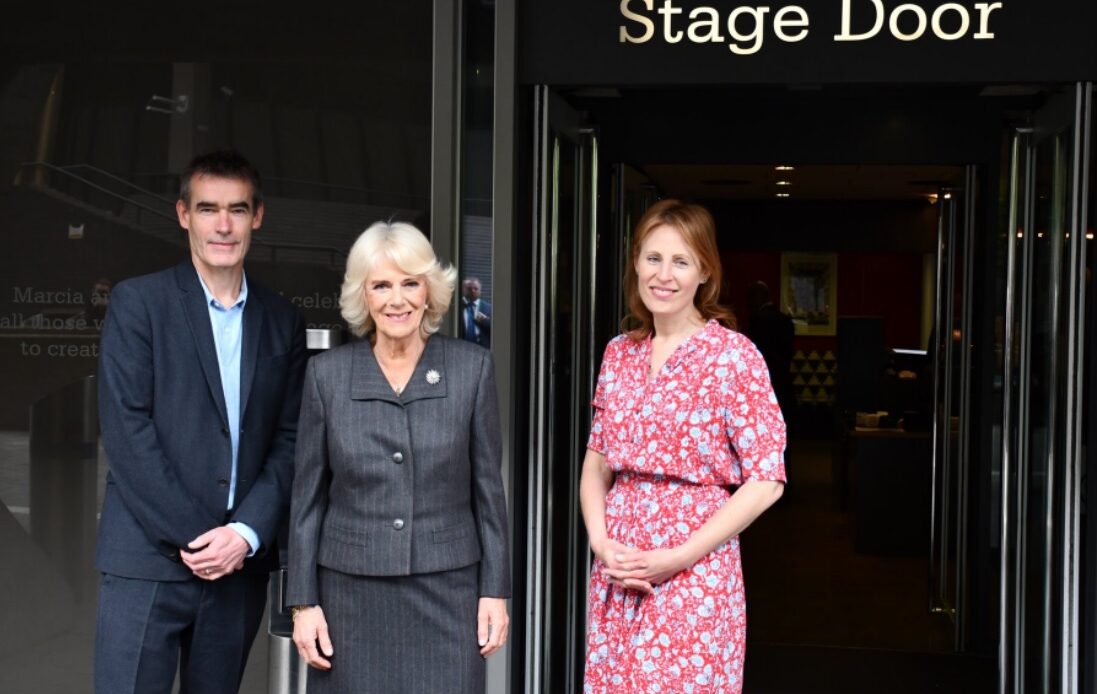 Camilla, the Duchess of Cornwall has made her debut as the new patron of the National Theatre.

The Duchess was given the patronage last month by Her Majesty The Queen after the Duchess of Sussex lost it as she exited her role as a senior royal in 2020. The ole belonged to Her Majesty for 45 years until 2019.

Besides meeting with director Emily Lim and Sharon Wilson from the Doncaster-based community organisation, Changing Lives, the Duchess met with representatives from departments across the National Theatre. Those meetings included talking with people on the prop and costume teams, cast members, puppeteers, and front-of-house staff.

Before leaving the Theatre, the Duchess was invited to have some fun smashing plates on stage by the theatre’s director. The Duchess joyfully took on the task that is inspired by David Eldridge’s Middle, a production playing this spring at the Theatre.

Director Rufus Norris said of the light-hearted moment: “Let’s just say there’s a scene where not all the crockery survives the performance. So, as an example of what the props team get up to, it was an opportunity to have a bit of fun and let her throw stuff around for a bit.

“She did talk about trying it again later when she got home and I was a bit worried that may not be the best idea!”

Known as an avid supporter of literature and theatre, Camilla was said to have been ‘delighted’ to take on the patronage.

Other patronages of the Duchess related to the arts include The Royal Academy of Dance, Royal Society of Literature, Friends of the Royal Academy, Theatre Royal Bath, Unicorn Theatre for Children, and Georgian Theatre Royal. She is also patron of the London Chamber Orchestra and the National Youth Orchestra.