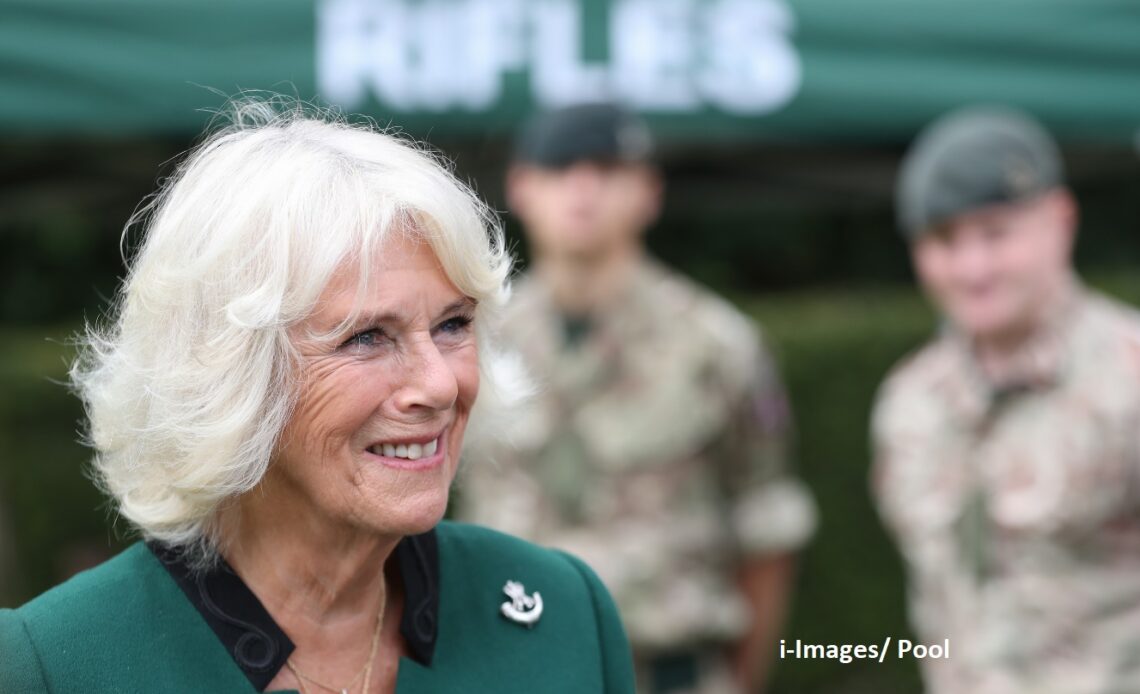 It’s been 25 years since the first Maggie’s Centre opened. In honour of the milestone, the Duchess of Cornwall spoke on the organisation she’s supported and how she would like to see a Maggie’s Centre in every NHS cancer hospital.

To mark the special anniversary, the Duchess of Rothesay visited the first-ever centre on the grounds of the Western General Hospital in Edinburgh. This was a return visit for the Duchess who first visited the centre in 2008, shortly before she became president of the organisation. Reflecting on her 2008 visit, the Duchess said: “The other day, I found some notes that I had for the engagement, which read: Maggie’s is welcoming, friendly and non-institutional, supporting people from the moment they ask for help, free of charge, and unconditionally for as long as help is needed… To me, that sounds like a description of a perfect friend. And of course, Maggie’s centres are perfect friends to everyone who enters their doors.

“That day, in Edinburgh, it was impossible for me not to reflect on people I knew with cancer and to wish that they had access to such a special place.”

During the Duchess’s visit, she was welcomed by Chief Executive Dame Laura Lee. The Duchess met Maggie’s Honorary Patron and broadcaster Kirsty Wark as well as Annemiek Hoogenboom, the former country director of People’s Postcode Lottery. Over the last 13 years, the players of People’s Postcode Lottery have helped donate £17.3 million to help people living with cancer. The Duchess also met with staff, volunteers, and the Young Woman’s Group, where she heard how they had been supported by Maggie’s Edinburgh.

In 1988, Maggie Keswick Jencks was diagnosed with breast cancer at the age of 47. She had a mastectomy, but the cancer returned in 1993 and again two years later in 1995. Maggie died on 8 July 1995, leaving behind her husband, Charles, and two teenagers, John and Lily. A year before her death, Maddie wrote A View From The Front Line about her experience with cancer. She would devote the remainder of her life to helping others during their medical journeys. She did so by planning a centre for those whose lives were affected by cancer.

Maggie’s Centre is a network of drop-in centres across the United Kingdom and Hong Kong that aim to support those affected by cancer.