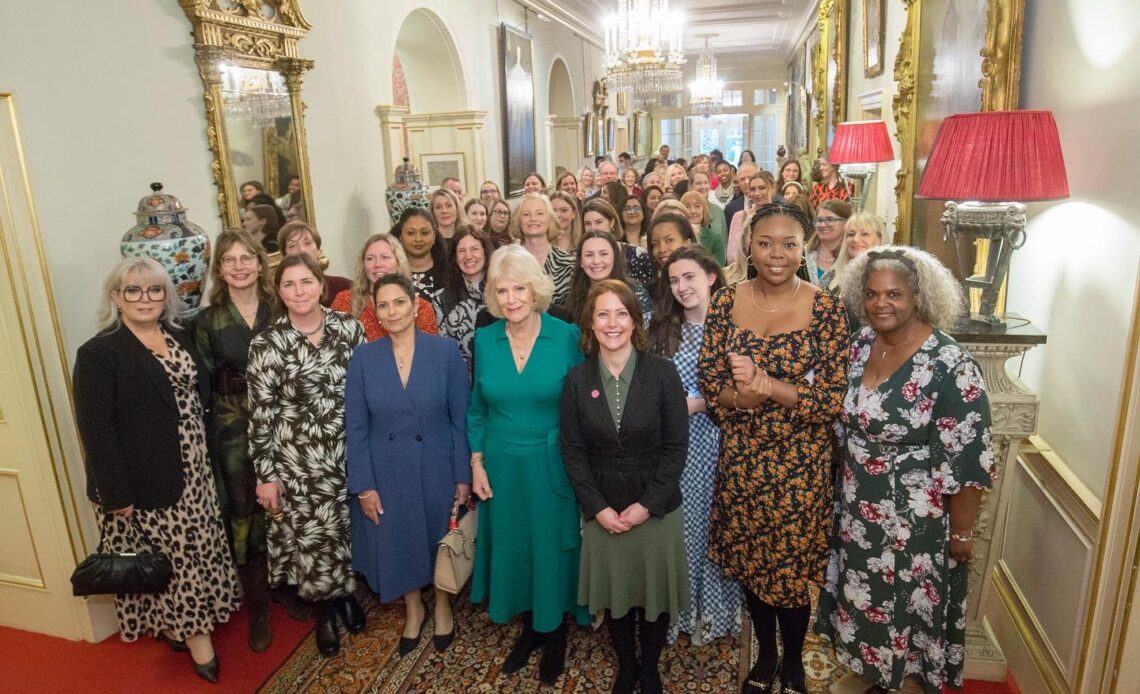 The Duchess of Cornwall hosted a reception at Clarence House to mark the 50th anniversary of domestic abuse charity Refuge, and in a speech, she made sure to point out that the keyword was “mark.”

Stressing that the world hopes for “the day when your service is no longer needed,” she added that “we are marking rather than celebrating your fiftieth anniversary. Let us use it as a milestone to galvanise and inspire us all towards a world where women and children can live in safety, free from fear.”

Refuge, which was founded in Chiswick in 1971, provides support services and temporary emergency housing for women and children fleeing abuse. The charity also runs the free National Domestic Abuse Helpline.

Camilla also spoke with Osakwe, who was honoured by Marie-Claire magazine as a future shaper for her work to change the law for survivors. Joining with Refuge, she’s campaigned to extend the time period abuse survivors have to report assault.

At the reception, the Duchess of Cornwall shared how perceptions have changed over the past 50 years, and domestic abuse is no longer such a taboo subject. However, she said, “Although society’s attitudes towards the crime, the perpetrators, and the victims have changed enormously over the last 50 years, your work, sadly, is as necessary as ever.”

Prior to the event, Camilla met privately with women who had fled from abuse at one of the charity’s emergency accommodation refuges.

“I heard encouraging stories of the immediate, practical difference that survivors have seen from recent changes in the law and from the determination and bravery of everyone who is fighting to protect those living with abuse,” she said of the visit.

According to the charity, two women a week in England and Wales are killed by a current or former partner, and a staggering one in four women in the two countries will experience domestic abuse.

If you or someone you know is experiencing domestic abuse, call 0808 2000 247 or visit www.nationaldahelpline.org.uk.