The Queen’s Reign in Style: the iconic outfit from the Silver Jubilee 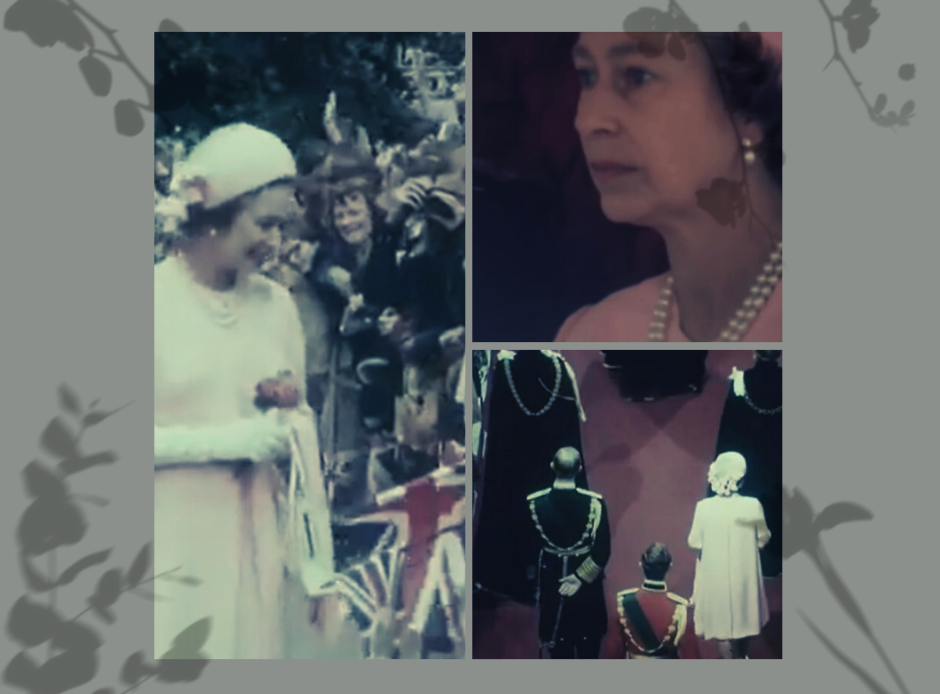 The Queen has been a fashion plate throughout her 70-year reign, and some outfits have become legendary. Among the most iconic is the bright pink dress The Queen wore at her first jubilee celebrations in 1977, when she decided to go bold to celebrate 25 years on the throne.

The Queen wore an instantly iconic bubblegum pink dress for the Service of Thanksgiving and subsequent events held in honour of her Silver Jubilee in June 1977. Designed by one of her favourite dressmakers, Sir Hardy Amies, this dress has stood the test of time, throughout The Queen’s long reign, as one of the most important outfits she’s ever worn.

The Royal Collection Trust website notes that “Sir Hardy Amies designed a striking ensemble of dress, coat and stole in pink silk crepe and chiffon with a matching hat designed by Simone Mirman with flowerheads hanging from silk stems.”

The equally iconic hat features 25 bell-shaped flowerheads along the back of base hanging from long, green silk stems. To evoke more realism, the pink flowers were detailed with yellow stamens.

For jewellery, The Queen wore her Williamson Pink Diamond brooch, which features one of the world’s rarest pink diamonds, a gift given to Queen Elizabeth on her wedding day in 1947 by John Thoburn Williamson, a Canadian geologist who’d discovered the gem in a Tanzanian mine. The pink diamond was set in a jonquil brooch and outlined with 203 white diamonds, and the finished brooch was completed the year she was crowned queen.

The Williamson Pink Diamond brooch quickly became one of The Queen’s favourite jewellery pieces in her early reign, and it is featured in many official portraits and photographs of the era. Other important events at which she wore this brooch include state visits, Royal Ascot, and the weddings of Prince Charles to Diana, Princess of Wales, and the Earl and Countess of Wessex.

Sir Hardy Amies became The Queen’s dressmaker in 1950 and stayed in his official post until 1990, surrendering his royal warrant so that he could retire and so that another dressmaker could take his post. Simone Mirman became a milliner to the Royal Family in the early 1950s, holding a royal warrant for both The Queen and The Queen Mother, and also designing hats for Princess Margaret.

The Queen’s bubblegum pink Silver Jubilee dress will go on display this summer as part of the Platinum Jubilee exhibition, featuring iconic outfits from Her Majesty’s reign. The exhibition will run from 14 July to 25 September at Buckingham Palace, Windsor Castle and the Palace of Holyroodhouse.