The Queen arrives at Westminster for the State Opening of Parliament 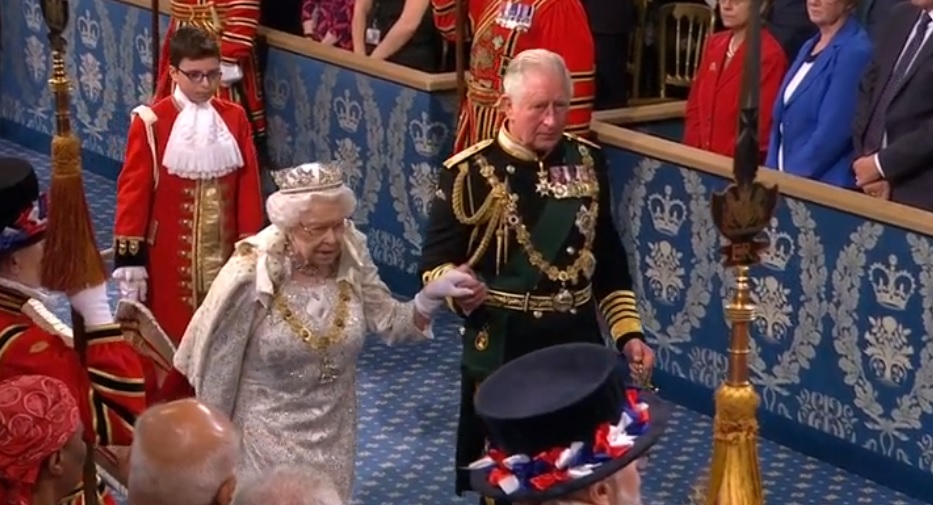 Her Majesty the Queen has made her entrance into the ancient Palace of Westminster for one of the most important and, this year, controversial part of her duties. Elizabeth II is now at Westminster for the State Opening of Parliament.

The Queen left Buckingham Palace just after 11am on a wet and grey morning. She was accompanied by the Prince of Wales, her official consort for the occasion, and the Duchess of Cornwall.

The royal party travelled to the Palace of Westminster in the Australian State Coach which was built in 2010 and features internal heating. It made the short journey along the Mall to the seat of political power amongst small crowds.

On arrival at Westminster, the Queen made her way to the Robing Room in preparation for the State Opening of Parliament. From there she processed to the House of Lords with Prince Charles at her side for the Queen’s Speech. The Imperial State Crown was carried before them.

Once in the House of Lords, the Queen and the Prince of Wales made their way to the raised thrones while the Duchess of Cornwall was seated to the side of them. Black Rod then left the chamber to request the presence of the House of Commons in the ‘House of Peers’. It is there that the Queen delivers her speech from the throne – however, the words are not hers. It is written for her by the government and sets out its plans for the coming parliamentary session.

Royal Central will bring you the latest on the State Opening of Parliament throughout the day.