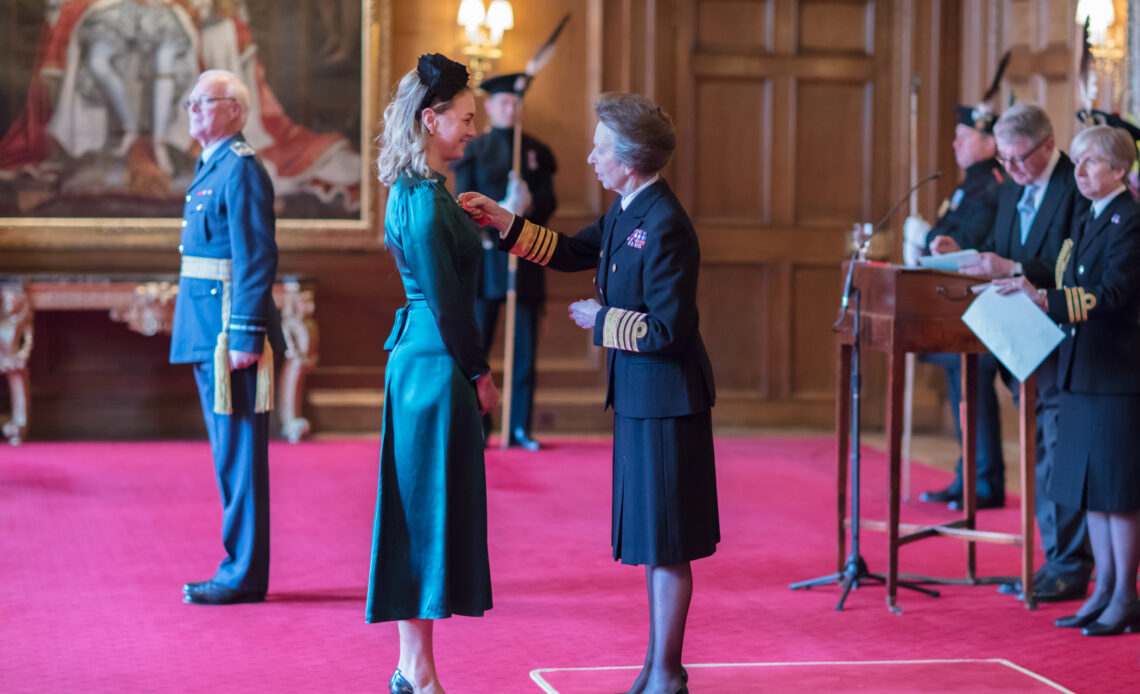 It won’t be that much of a surprised to hear that the Princess Royal has been keeping busy now the New Year is under way. Princess Anne is well known for packing out her diary with engagements. What’s perhaps more surprising is that barely a mention has been made of it.

In a week when the decision to phase back the social media accounts of the Duke of York made headlines, for obvious reasons, it was still hard work to find a mention of his older sister anywhere on the official channels run by the Royal Family. Anne has carried out three major engagements since Andrew’s Twitter disappeared and his Instagram went private yet it’s all been kept rather low key with just one image of her shared since the year began.

In that time, she’s carried out over a dozen engagements, supporting a wide range of organisations. Only her most recent outing, on January 19th 2022, when she presided over two investitures at Holyroodhouse, got a mention on the Royal Family accounts with an image of Anne presenting a recipient with their honour shared as the week ended. To be fair, the focus of the social media coverage was firmly on the people being honoured, as it should be. However, it does feel that in these less than settled times for the Royal Family, sharing Anne’s already impressive set of engagements for 2022 would be a big boost for them.

She was the first member of the House of Windsor to carry out an engagement this year, taking part in the Oxford Farming Conference which was held online. Her husband, Timothy Laurence, joined her.

Over the following days, Anne held audiences with representatives from the Riding for the Disabled Association, Opportunity International United Kingdom as well as RedR UK which provides training and support for aid workers around the world. There were meetings, too, with the chair of the Royal Commission for the Exhibition of 1851 as well as the outgoing and incoming chairs of the Royal College of Paediatrics and Child Health. The Princess Royal also met representatives from the Royal College of Midwives and the Mission to Seafarers Limited.

One of her big focuses as the year gets under way has been the Butler Trust, which works to support prisons, youth justice and probation services. As well as meeting its departing chair and his successor, the Princess Royal also headed to HM Prison Holme House in Stockton-on-Tees to see work going on there.. And as well as carrying out investitures in Scotland, she’s been out and about there, too. The Princess Royal visited Warriston Crematorium and Reactec while January 21st 2022 saw her in West Yorkshire at local firms, Ellis Briggs Cycles and Teledyne Defence and Space.

It’s already an impressive roster of engagements and 2022 is barely three weeks old. Not only is Anne’s pace as energetic as ever, the reach of her royal support remains extensive. The Princess is known to prepare thoroughly for each engagement she does and the work of all her patronages is important to her. It’s well worth shouting about.

Social media is a strange place. It can bring tribulations but it’s also a great opportunity for everyone, including the royals, to show themselves at their best and Anne certainly ticks that box. She’s known to loathe it herself, once saying ”I wouldn’t go anywhere near Twitter if you paid me” but showing a bit more of her packed roster of engagements can only be a win for the royals at a time when every day brings the risk of another wave of negative posts.

Admittedly, given the speed the Princess Royal works at, keeping up with Anne might be an issue. But at a time when so much is being questioned, the Royal Family could only benefit from shouting louder about its hard working, dutiful princess.