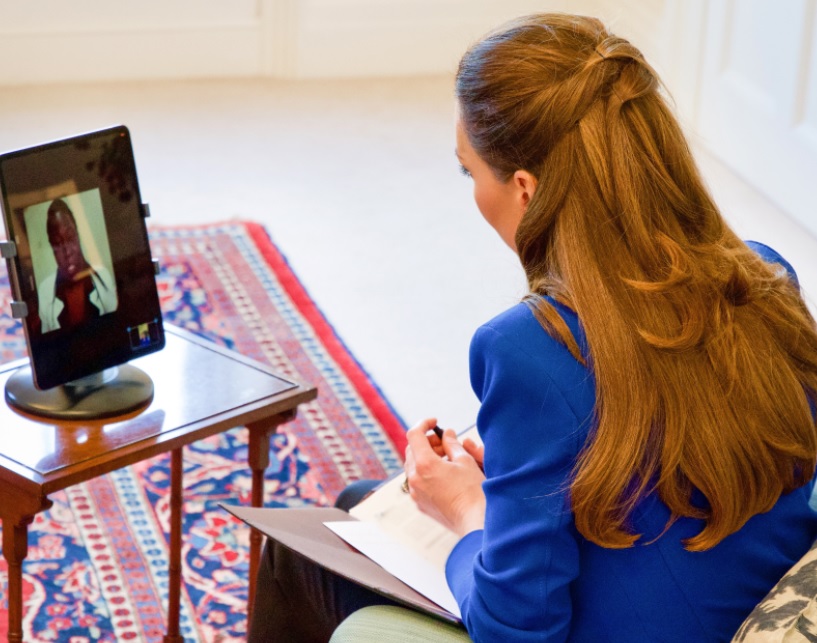 The Duchess of Cambridge has praised the work of midwives around the world in a special interview with a pioneering health leader.

The Duchess spoke to community midwife, Harriet Nayiga, whose work in Uganda is credited with saving many lives and improving health support for mothers and babies. The interview has been published in Nursing Times and has been released on the International Day of the Midwife, May 5th 2021.

In the chat, the Duchess spoke to Harriet about the many challenges faced by midwives in a country where infant mortality is high. Kate heard about the problems many women face as they approach the birth of their babies and how long distances to hospitals mean many end up delivering at home without all the support that they need.

Harriet Nayiga told the Duchess that she was motivated to build her community based midwife services because of the suffering she had seen many mothers, including some not yet in their teens, experience through lack of facilities and discrimination. Harriet said ”what inspired me to become a midwife is a zeal to help women bring new life into existence, and also provide support throughout, especially that goes beyond physical healing to the care of the soul.”

The two also discussed the impact of the coronavirus pandemic on midwives as well as the reach of Nursing Now, the initiative launched by the Duchess of Cambridge in February 2018 to increase the profile of nursing and all its practitioners.

Part of the scheme is the Nightingale Challenge which promotes leadership and development opportunities to help shape the next generation of nurses. Harriet Nayiga told the Duchess of Cambridge that the Nightingale Challenge had allowed her to provide training for eleven nurses and midwives, adding ”we want to raise the profile of nurses in our community but also the country at large, so we are training them in adult health friendly services, we have trained them on how to handle key populations, we are training them in counselling and we want them to see that they place themselves as community champions.”

The interview appears in the new edition of Nursing Times with the Duchess of Cambridge selecting the cover for the magazine. The special also celebrates the Nursing Now campaign which is reaching the end of its three year goals. Over that time, more than 31, 000 people have signed up for the Nightingale Challenge.